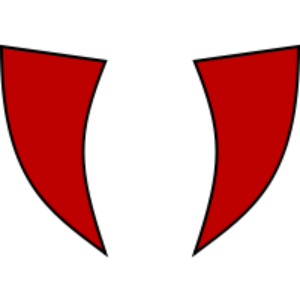 Name: Inuzuka Clan
Philosophy: The Inuzuka are a proud and loyal people, they believe in family and sticking together. The inuzuka are a newer clan, forming only a few hundred years ago, however have become a main stay in the village due to their bravery and loyalty to the village. The clan believes that loyalty is one of the purest traits a living creature could have, and use this mindset both in battle and in their daily lives. Many members also adopt young canines as pets, to strengthen their bond both as ninja and as humans.
Location: Gekkousato | Moon Village
History: The Inuzuka clan is a fairly new clan, only formed a few hundred years after the creation of the Moon Village. Its founders, husband and wife, realized they had the unique ability to communicate with dogs, or canine species. They became well known shinobi in the village, utilizing the bond they had with their pets in combat. The village leader recognized their skill and loyalty to the village, granted them a plot of land and allowed them to grow a family. Eventually the family grew, starting what is known as today as the Inuzuka clan.

The ability to understand their pets passed from them onto their off spring, and eventually it became a bloodline ability possessed by the clan. The clan gained fame throughout the land as the Canine Ninja Clan, expert shinobi partnered with deadly canine pets. Trusted by the village the Inuzuka quickly made a name for themselves, earning titles and positions of great power, with one of its members even having a seat on the council. The clan continues today as a proud member of the Moon village, loyal and diligent in its service towards the village.
Members:
-Shinra
-Member
-Member
Current date/time is Tue Apr 20, 2021 9:22 am