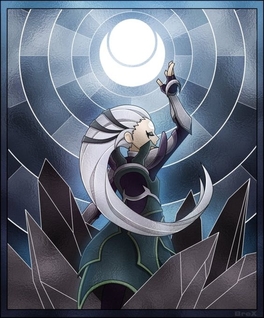 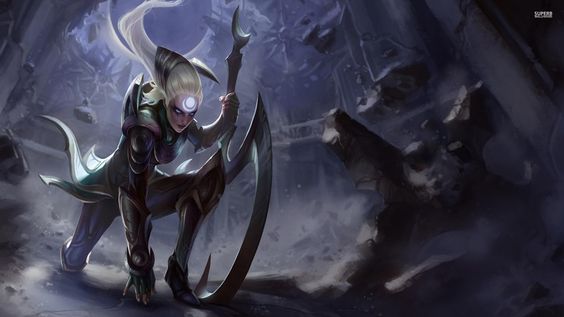 Seraphina is a sleek and slender woman with an athletic build. She stands at six feet and one inch tall, but appears taller due to her out fits that she normally wears. Her skin is light, pale and sometimes seems translucent, especially in the moon light. She has light blue eyes and stark white hair that extends down to her waist. Her hair is often pulled up into a long flowing pony tail, ordained with ornamental head wear. Her face is normally painted with markings of her religion, and normally has her red dots from her birth clan covered up. Seraphina can often be seen in either her ceremonial Kage robes or her steel battle gear. When working she is dressed in the white and purple robes of the Kage, or in casual attire such as everyday shirts and slacks. When in combat she wears a skin tight suit fitted with steel armor and agile gear. Her attire normally allows for quick and agile movement, while still being sleek and professional.

Personality:
Seraphina is often considered, by her peers, as a cold and stern leader. She does not allow for her emotions to get in the way of her decisions and strives to lead with power and honor over emotion. While she is considered a good leader, it has been difficult for those of the village to see her value. She is the first kage in her line to lead with an iron fist, being very hands on with her leadership. She can come off as rude, disrespectful and cold hearted, when she is just trying to show her authority. She actually has a kind heart and is a loving person, just has a hard time blending her personality with her leader ship skills. She loves her village and fights for the betterment of Gekkousato, even if outsiders see her as a overlord who rules with fear.

She fights for her village and people, and is one of the first to step in when she feels her people are being mistreated. In combat, she is relentless, never backing down and always attacking the enemy head on. She has a vision to see The Moon Village as one of the strongest, most prominent villages in the world, and makes all of her decisions for the good of the village.