Young Usagi clan members use what are called “Usagi No Mimi” (Rabbit Ears) in order to help their ears develop properly at a young age. Specially made from tools, the ears serve as a functional item in order to help them grow properly and are usually worn with pride by the children to signify themselves part of the clan. They even respond to the abnormal chakra flow in the auditory network of organs in the head to make it seem like the headband that slips over their heads are their own ears as they twitch and move around lively. Honestly, the ears lose their functionality since a Usagi that comes of young Academy Age develops their ears properly to not use the false ones, but some keep them due to their pride of the clan. Even the adults wear them as others find them exotic and alluring as Usagi's abnormal chakra flow to their ears make them function better than anyone else.

The ears serve only the function in aiding youth to help develop their ears. Simplistic, the Usagi No Mimi respond well to the Chakra flow that is routed to the Usagi Clan’s ears. Therefore, when worn by others, they do not serve any other function than fashion. They are popular within the Moon Village due to the playful factor. Hence, people wear them harmlessly along with the Usagi Clan’s footwear and fashion. Since Chakra do not flow to the ears in bulk like the Usagi Clan’s, then others are not able to make the ears move and twitch in an animated fsahion like hte Usagi do. These ears moving are a sign that an individual is a Usagi, and often are used by individuals within the village to claim their illegitimate child as part of the clan due to the history with Usagi and the number of births caused by the divorce of the Moon Village. The Usagi see the Usagi No Mimi as a strong symbol, so even past their youth when the ears serve no function other than to be worn for the look, they still will do so in order to proudly identify as their clan. 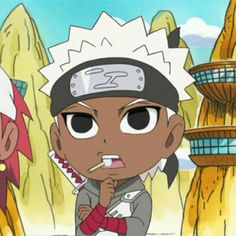