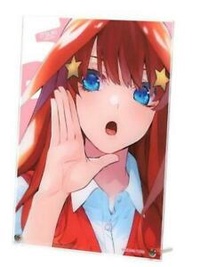 Mission details:
Name: Patrol the Village
Rank: C-Rank
Participants: Moon Village, Sun Village
Type: Solo Mission
Reward: 20 EXP
Details: There is always something going on in the village. Low level criminals, basic thieves, or natural disasters like fires can pop up at any moment. Patrolling the village is the duty of all shinobi, and you must make sure all is well in the village. Patrolling consist of walking the streets, watching over business, looking into rumors, and just keeping an over all eye on things.
Requirements: Your post must be at least 600 words.

There had been some strange rumors going on in town.

The sun beat down on the redhead’s head as she wandered through the busy plaza market streets. Her ears were overwhelmed with countless sounds of villagers and merchants hawking their wares. For a hidden village, it was a surprisingly large and packed place. Streams of people rushed to either side of the young woman. Everyone wore such colorful outfits, fitting of the festival mood in the town. In any one place she looked, she could see the sun-tanned skin of the desert folk mingling with moon people.

“Rat tails! Get your rat tails! A ryo a piece!” “Bounty hunters come and hunt our marvelous beasts! Pay to hunt today the most dangerous game-“ “Come here little boys and girls~~~ Watch as I make this rabbit disappear!” “Looking for deer hides! I need 10 deer hides!” “Selling boar hides! I’m selling boar hides 2 ryo each!” “Looking for group to hunt the executioner! I need a healer for the hunt!” Akane was tired of hearing all these people. No one here had what she was searching for. “Hey you miss!” She kept walking. “You with the red hair!” She stopped. Was that guy talking to her?

Akane turned around to get a better look. As she turned, people jostled her from left to right. “Excuse me!” one burly youth yelled as she was forced to stagger forward, the young one clipping her shoulder hard. She pushed her way through looking for whoever was calling her from before. She wasn’t sure what this guy would want, but she needed to check all angles.

No matter what, she had to find the truth!

The man was wearing a dark brown cloak. It covered all his features, and shadowed most of his face w2ith a hood. The tattered brown cloak smelled bad, even from where Akane was standing, just a scant few feet away. All she could see was his twisted grin, stained yellow teeth showing. “You’re a ninja, ain’t you girl?” he laughed, raising a gnarled, twisted arm from under his cloak. She gasped, taking a step back. “Yes you are, I can tell! Twisted Tai knows all, that he does!” The man laughed again before grasping her arm and pulling her down the alleyway into darkness behind him.

“You’re looking for the childrens, ain’t you miss?” His sour voice, it smelled like curdled milk, wafted into her ear. She was pulled almost flush against him, and she stood stock still, waiting for a moment to escape his grasp. Akane could feel his grime soaking into her clothes. She’d have to burn this pair.

Still, his words hit her deeply. That was indeed to rumor she was trying to find out about! “How did you know?” she forced herself to sound polite. She didn’t want to be, but this man had all the answers.

“nnnghuhuhuhhuhu!” He moaned throatily at the sound of her voice. “The smell of a young flower, the sounds she can makes!” Shivers ran down her spin. Akane was this close to freaking out on this guy. “Hmmmmmmmmmmmmm,” he drawled the word out to a ridiculous length, taking a deep smell of her hair. She would cut that strand out as soon as she was home. “Oh yes, Twisted Tai knows the childrens! Twisted Tai knows all that he does!” he cackled just then.

Suddenly, he released Akane, and rushed forward, further down the alley. Akane gasped in fresh air as he left her, her blue eyes still watching him warily. “Follows me, pretty ninja ladies, just follow old Tai!” He cackled again as he rushed ahead, faster than she could almost run.

“W-wait!” She gasped as she hurried after him. The man led her on a horrible chase through many back paths and streets, all through a twisted route Akane had never been a long before. She didn’t even know Moon was this big! Eventually the man came to an abrupt stop. Akane nearly ran into him before she managed to catch herself. The place was this old warehouse.

“The magician await,” he chuckled darkly. He never stopped chuckling as he vanished into the darkness, his voice slowly fading away. Akane was suitably freaked out. Still, she would do what she needed to do. First, she climbed the wall to look into a window. Inside, she saw the magician she saw in the market earlier tying up a child! He was the kidnapper this entire time! There were 10 kids in there. She had no clue what he was going to do with them, but she wasn’t willing to wait to find out.

She went back to the front door and grabbed a kunai. She prepped it for the substitution jutsu. Next, she pulled out a second kunai and held it in her right hand. Opening the door, she threw the substitution kunai with her left hand right at the magician. The man turned in surprise and sneered at her. “You dumb bitch! You’re just one ninja. You’ll never stop me!” He smacked the kunai from the air with a metal cane. That’s when Akane stabbed her side with her other kunai. Or, she would have, but the substitution went off and she was suddenly next to the man.

With the kunai on the floor, she did a sweep kick that he leaped over, letting her grab the kunai. She tried to stab him, but his jump carried him too far from her. Suddenly, he started doing hand seals, and his chakra was building up. Akane pointed the kunai straight, and used the body flicker to achieve super speeds, thrusting her kunai directly into his stomach. He screamed, his pain music to her ears. She would not let this man abuse kids.

He fell to the floor and Akane swiftly knocked him out. His jutsu never went off. She was surprised her attack worked. She looked at him and then at the kids. “Don’t worry,” she said softly, “He can’t hurt you anymore.”

It would take hours, but the mission was a success. She didn’t expect all of this on a patrol of the town, but she saved 10 children’s lives, and who knows how many more? Akane finished her mission with a smile, and returned home to take 25 showers.