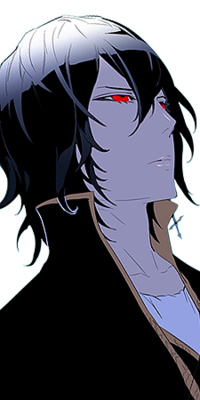 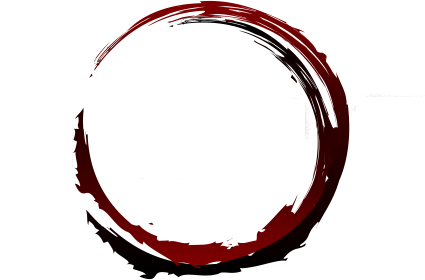 Name: Chiton - Blood Release
Possessors: The Ketsueki clan and their offshoots.
Type: Other
Location: All over the known world with the most active faction being in the moon village.
Appearance: Elongated fangs or claw like nails. Unnaturally beautiful.

- You can only pick one sect to belong too when making a character of this bloodline.


Kekkai Genkai (Bloodline Limit):
Chiton, the enigmatic kekkei genkai gifted to those of the Ketsueki bloodline. As the name suggests, it is a bloodline based on the manipulation of blood; more distinctly, a member's own blood when suffused with their chakra. With this, they can utilize their blood to it's fullest extent; be it simple healing, attacks, defense, or self buffing - the possibilities are nigh-endless.

Enhanced Claws and Fangs: The claws and fangs of Ketsueki clan members are equivalent to their Bukijutsu or Taijutsu rank, or a weapon equal to their hard character rank.

Dark vision: Ketsueki clan members can see up to 30 meters as if it was daylight.

Ketsueki Ability Sects:
While each Ketsueki shares a single universal ability in their capacity to heal, beyond that they fall into only one of three specific sects. Those who posses this bloodline must allocate two skill points to their chosen sect in order to gain access to bloodline jutsu.

Externalist (Ninjutsu sect): Perhaps the most common of all of the sects, the Ketsueki Externalist is one that specializes in the physical manifestation of blood constructs. Upon taking this sect you must put two skill points into Ninjutsu and the various jutsu and abilities therein will require Ninjutsu to use.

Internalist (Taijutsu sect): A far less common sect to belong too, these Ketsueki can manipulate their own blood inside themselves to greatly alter their physical abilities and durability. Upon taking this sect you must put two skill points into Taijutsu and the various jutsu and abilities therein will require Taijutsu to use.

Chirugeon: (Medical sect) The least common sect to belong too is that of the healing arts. Members of this sect can not only control their own blood and bodies at a cellular level for vastly impressive healing capabilities, but also those of others that have been transfused by them, making them the greatest healers among ninja. Upon taking this path you must place at least two skill points into Medical and the various jutsu and abilities therein require Medical to use.

Chirugeon sect regenerative qualities: While active healing requires techniques performed by the Chirugeon power sect, all members have advanced regenerative qualities that allows them to heal much more efficiently when outside of combat or missions. Wounds or injuries that would usually take days or weeks to heal, recover in a third of the time it would take a normal person. They can also regenerate organs and limbs given enough down time to do so, the only exception being their heart.


Clan Description:
The Ketsueki were a people that originated in the northern lands during it's early years. Once a part of the esteemed Darimizu clan that ruled over the northern villages during the high days of the old world, a young Jounin by the name of Jyusai Darimizu was attempting his first S-rank mission with his squad when things went horribly wrong thanks to a betrayal by the employer. As his squad was slaughtered before his eyes, and he became surrounded by enemies much stronger than himself, something changed within him. As the opponents rushed in, he closed his eyes in panic and unknowingly released a massive amount of chakra accompanied by a spray of hot blood. Upon opening his eyes, he found them all dead before him with horrendous lacerations and an ungodly amount of blood seeping into the surrounding area. After years of training and research, he learned to control this new ability and made his way up the ninja world until he was among the strongest in the world. Fearing his strength, the Darimizu elders banished Jyusai and stripped him of his name. He would become a feared assassin for hire by the name of Kurasai.

After wandering the Shinobi world for years, Kurasi returned to Amegakure with a wife and unborn child. Deciding that this child would need a clan name to succeed in the world, he decided to name the child Ujio Ketsueki while altering the child's DNA to deny him access to controlling the blood of others in fear of misuse and his own personal safety.

As the years passed, generations of Ketsueki were born and where there was once a single "droplet" sprang forth into a burgeoning river. As the years went by, tales of the Ketsueki clan's abilities traveled through the Shinobi world and they became the most well-known clan in the northern lands. This did not go unnoticed, however. Hanzo of the Sickle soon began to fear that the clan would rise up and take control of the northern villages from him. He soon devised a plan to rid the world of them permanently. On the night of a great gathering to honor the death of Kurasai, a massive army of Shinobi at Hanzo's command attacked the Ketsueki, slaughtering all they came across and wiping out the clan. Or so they thought... They have lived on in the shadows slowly gaining strength and coming to power as underworld crime bosses.


Weakness:
- Members cannot take the Raiton/Lightning element upon choosing this element, weak to lightning element and they count as one rank higher against Clan members.
- Blinding by flashes of light last an extra turn due to inherent sunlight sensitivity.
Owners:
- Sestuka Kishida
- Alvah Ketsueki
-
-
-