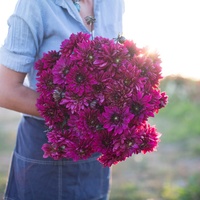 Philosophy: The Mayaku have many competing realms of thought. In basic essence they serve as scholars to study, and understand the mind. They have a loose organizational structure and have many broad ranging off shoots and philosophies.

Location: The Moon Village and smaller communities in the Sun Village.

Status: Presently there are many different niches where the Mayaku fit into society. They range from studious scholars studying the mind, and cures for mental ailments, to swindlers out to make reality a little more confusing. Those who don't pursue academic interests usually end up selling genjutsu experiences as a means to fill vices, or as a tool to help other relax. Successful clan members are known to tutor clanless genjutsu prodigies to bring them into their own folds. While not ever Mayaku is incredibly talented they are well respected simply for the dead hard goal to master genjutsu.

History: Throughout history the Mayaku have served plenty of uses. In times of strife and war they serve to tear into people’s minds, as a means of necessity to stay close to those in charge. During times of plenty they offer joys, and distractions to further sedate you. While they do not seek power, those who do often find their tools useful, as free thought is the enemy of a tyrant. Mayaku who stray too far and become ideological become a powerful tool to radical organizations. For this reason those in power are incredibly exploitative or suspicious of them.

Their clan traditions, and techniques began centuries ago with a simple desire to understand the mind. With years of cultural practices they’ve developed an entire usage and methodology for using genjutsu practices. Called cascading genjutsu they have developed techniques to layer willing targets with complex webs of illusions. This began as a shamanic like tradition, but over time it has developed into something more rigorously scientific.

This technique is a powerful tool, but has crippling restrictions. In order to layer more and more genjutsu upon a target they partially have to tamper with their own sense of reality to dream more illusionary and apocryphal sensations. This leads anyone practicing cascading genjutsu to be at risk of losing their own mind. The Mayaku tend to work in at minimum pairs, should they get too caught in a trance. During and following a deep trance cascading genjutsu they are incapable of moving and respond to only more intense stimuli such as pain and loud noises.