Welcome to the Inukura Apothecary! Browse the available classes and when you are ready to make a learn, simply make a post in the Apothecary! You'll get a response shortly, then be able to purchase your goods at a discounted price!

The store has recently been expanded to add a second story to the first, allowing people to purchase all things at a discounted price of 10 Ryo! As well as allowing ALL Shinobi, regardless of their specialty, to buy medical remedies, as well as gear reserved specifically for medical nins!

Medical Concoctions/Poisons:
Disclaimer: Unless you have the Poison Crafting skill, then purchasing these items does not give them to you forever. Instead of these items recharging at the end of a topic, like normal items, they DO NOT. If you do have this perk, or get it after buying this item, you are considered to have bought the schematic. Without having any Medical Specialties, you can only use concoctions up to your Shinobi Rank.

Medical Gear:
Disclaimer: If you purchase any gear that can only be used by Poison Crafters or Medics, then after they break or are completely used up, they must be bought again. If you are one of those things, then you are considered to have the knowledge to repair/make more yourself.

Cure walked into the Apothecary he knew he wanted to be a part of. There was a good chance he'd get his chance too but after just finishing a mission he currently only wished to expand his skills a bit first and luckily enough the main man in charge had been right along with him as he walked back to the new business. He could seek Soji's help directly!

When Cure had made his way into the Apothecary, he found himself sitting in a waiting room with a few other patients and the likes. At the counter he would sign up for whichever 'classes' he had interest in and, within only a few minutes of arriving, he'd be brought into a room in the back. It had a bunch of medical supplies, testing dummies and the likes. Sojiro would be in the room, happy to see Cure stop by and more than happy to give him a few lessons over the next couple hours to teach him some jutsu!

It was easy for Kannagi to make her purchases at Sojiro's shop considering that she worked as his assistant most days on the first floor clinic. The kunoichi made her way up the stairs and collected the two items she desired: a weak healing ointment, or on second thought, two weak healing ointments, and a weak adrenaline shot. An increase of speed would give a shinobi an advantage and she could think of endless uses for the healing ointments. She pulled out the 35 ryo it cost her then made her way back to work downstairs.

When Kannagi had come upstairs to purchase a few things, there was an old blonde-haired woman that was working behind the counter. She chatted with the woman a bit but easily cashed her out, wishing her the best on her travels! 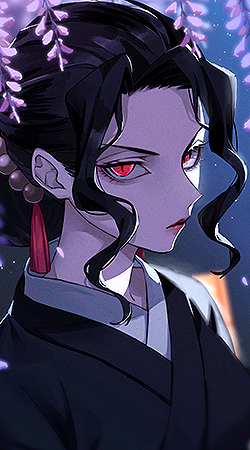 Walking into an unknown place, Setsuka found herself among others in a shop she heard rumors of. She made her way to the counter and bought a medical bag, a c rank jutsu, and a b rank jutsu. She smiles and makes her purchases and leaves with a formal bow. 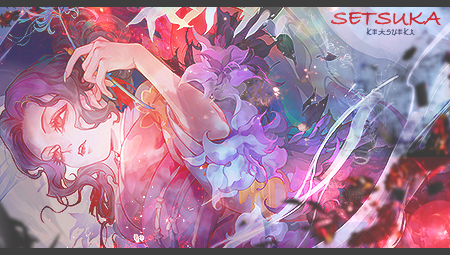 Cure hadn't seen Sojiro in a long time. He'd gone through ups, downs, and turn around's. He even had a new alter identity. He didn't use it often, but if he actually left the village he would do so under this identity. For now he needed to grind his skills both in case he needed to leave the village or to prepare for his goal of becoming Blaze Commander. As Cure finally saw the familiar face he was waiting for the bare hint of a smile graced his face as he spoke in a deep gender-neutral voice, "Long time, no see. Come let's see how far we've come. There's some things I'd like ta learn from ya! Also heard you had some gauntlet gadget." As he rolled up his sleeve Cure prepared to properly reacquaint with his peer and crush.