Mission Info.:
Name: Supply Delivery
Rank: C-Rank
Participants: Moon Village, Sun Village
Type: Solo Mission
Reward: 20 EXP
Location: Within a village's Region
Details: You have been hired to take basic supplies from the village out into the wild. Several shinobi have been posted up in the region to patrol, and are in need of basic things like food, water and a restock in ninja tools. You must brave the wild with a bag full of these supplies, and deliver them to the outpost located in the region.
Requirements: Your post must be at least 600 words. 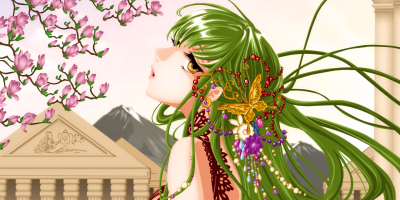 The Hyuuga found herself doing another mission alone again, not something she particularly enjoyed doing now that she had gone on missions with other people. But this one was urgent apparently and so she took it on. The young girl walked out of the Hyuuga compound with a checklist of items that she would need to buy first to deliver to the shinobi that were stationed out in the jungle. She felt that the lake and the jungle were probably the only two places the girl had been finding herself at, which to be honest she wasn’t really too bothered about. She would study the sheet in her hand, devising a route to get the supplies in the shortest amount of time.

The girl walked down the main street, thinking about her supplies when she heard a voice calling her. “Hey Ami!” It was one of the usual vendors she bought sweets from, delighted to see her again. She had become such a usual customer for him that she often got discounts. He handed her some cookies and smiled. “It’s on me.” He beamed at her and waved, knowing she must be busy. Ami thanked him and took the cookies, always grateful when people gave her things for free. She would stop by the market first, scanning the produce that was available. The market often had fresh produce either caught or grown fresh from one of the locals. She glanced over at the vegetables and fruits, the young girl pondering about what to buy. She needed food that wasn’t perishable but also healthy. Not much of a nutritionist herself eating mostly sweets for her meals so she was quite at a loss, staring at all the food in front of her.

“Can I help you, miss?” came a gentle voice. It was the shop owner, an elderly woman who had been looking at her quizzically since she had entered the store. She must have looked pretty strange, just walking around the market with a checklist but not buying anything. “Yes actually…I’m looking for food that can last for a few days…” the young woman explained the situation to the woman and she would disappear into the back storage only to come out with bags of things for Ami. “Here’s some food for the shinobi. This should last around three days, is that enough?” She nodded enthusiastically, thanking the woman for taking the time and effort for to do what should have been her job. Ami paid the woman and thanked her profusely again, before going back onto the streets, bags of food in hand.

This should be enough for food… she thought to herself. The Hyuuga would make her way to the jungle. She stopped by the Kage tower, to collect the money for the food and also get some shinobi tools. She would grab some kunais, shuriken, senbon and some other tools. The girl would have bought some tools herself had she not been in a hurry. Ami saw that the sun was going down and she really wanted to get the tools to the shinobi out there in the jungle before nightfall. You should have come out earlier…she chided herself for her awful sense of time management. It was true, she spent most of her mornings sleeping instead of doing what she needed to do. The girl would make her way to the village gates, trying to manage to carry everything that she had bought and taken.

“Do you need some help?” came the voice of one of the village guards. He had seen her struggling and had offered a hand. The girl nodded her head, though she was reluctant in bothering someone else to do her job. The man was on duty, but he had offered to help which was really kind of him to do. “Are you sure…?” but before she could make any argument, the man would take some of her supplies off of her and walked along the path to the jungle. He was an amiable character, a little talkative which was nice. The two of them would find the group of shinobi waiting for her, having heard that the Hyuuga was going to be delivering supplies to them. After handing them the supplies, the two of them would make their way back to the village.

A simple mission that didn’t really take a long time…which was nice for a change.