Travelling to the Moon

Travelling to the Moon

This was a journey Shizuka had travelled over a hundred times. To deliver packages to the Moon, to get to other places in general. It was a relatively safe place to be. Shinobi from both nations patrolled these roads and made sure bandits didn't rob from local and traders. Bandits, however, weren't the only danger in these parts. Monsters of all shapes and sizes hunted and lurked the Kataki Roads but at the end of the day, it was much safer than going through the center island. A place where death was a real risk.

Shizuka would travel with her companion. Sakuragi Kokoro, they hadn't talked much but the new genin moved well. "Have you ever been out of the village borders?" 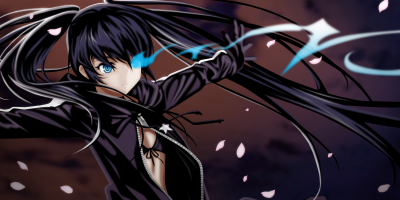 And with that, the two girls would set of to the Moon. It was certainly a special experience for Kokoro because she had never been there before her. Venturing away from the village gates, she would walk silently alongside her partner, as they moved towards Kataki Road. She usually only did missions in and around the village, avoiding traveling because she felt that she was not strong enough in case someone or something were to ambush her. But today, she would be traveling with Shizuka. Though she had just met her, Kokoro had grown a deep respect for the kunoichi.

"I haven't, no. I've only done missions in and around the village." she'd answer quietly. She didn't like to admit her flaws and weaknesses. "What about you? You look very strong..." and she meant it. She had yet to meet any female shinobi and from just Shizuka's demeanor, Kokoro felt slightly pale in comparison, her eyes shifting to the ground as they continued.

Shizuka would pause, stopping by an oasis. It was a common resting spot for Shinobi and with the sun almost at its highest point it was a much welcome rest. She knelt by the water's edge, cupping a handful and smelling it.

"Oh, I've been here and there." She snickered at the comment of appearing strong. So, there was a new generation of Shinobi who now looked up to her? She snapped the water out of her hands before taking another handful and splashing her face with it.


"I've met someone from the Sakuragi. Sakuragi Sojiro-dono." Shizuka filled her water pouch but would not drink from it. She put in a little tablet, one designed to purify the waters. Just because it was running water it didn't always mean it was safe.

"Fill your canteen, drop one of the tablets in your survival packs." Shizuka, as a child had once drunk from a running water source as she was taught. Turns out just because it ran didn't mean it was good to drink. She pointed towards the other side of the bank. A little monkey with a bell around its neck drank deeply from the waters.

"Look, the monkey, it's safely drinking the water. Now it doesn't mean it's always safe because animals are drinking it. Some animals have built resistances to it." There were other signs, the type of grass that grew around the water, type of fruits, leaf coloring, the type of water life inside and there were tons more. These were things Shizuka had learned herself the hard way and some she was taught from those before her.


"Do your feet hurt? Dunk them in the water for a while but not too long oh and not with socks on." The first few times she traveled far out her feet had swollen. The sands had rubbed between her toes and caused blisters. Dunking your feet too long making them tender, chafing against your clothes. Shizuka would rest for no more than 15 minutes, for the sake of the genin before they'd continue on again.

Kokoro could feel her feet starting to get sore as they continued on the journey. The Moon Village proved to be quite far, farther than she had originally expected. They would stop by an oasis, a breathing point shall we say, and she would listen to Shizuka speak. Her eyes lighted up at the mention of Sojiro's name, and from the honorific she had chosen, Kokoro knew that they must be well acquainted and she somewhat respected him. She bit her tongue, wanting to ask questions about her brother since she barely knew him, but would refrain, not wanting to create unnecessary confusion. She would learn a lot of new things from Shizuka, things that she probably would never come across in a textbook and she was grateful to the other kunoichi for imparting so much wisdom.

"Do your feet hurt? Dunk them in the water for a while but not too long oh and not with socks on." it seemed that she had read her mind, as Kokoro sheepishly nodded her head, embarrassed at how unfit she was. She had never hiked such lengths and had been concerned if they would not be able to make it simply because she wouldn't be able to walk. She dipped her feet into the water, feeling the cool sensation travel through her veins. It worked wonders, and her tired face would be replaced by a renewed smile. This was turning into a very nice traveling time, though she knew she was on a mission.
{Travel to the Moon}