Mission Info:
Name: Bell around the Monkey
Rank: C-Rank
Participants: All
Type: Solo Mission
Reward: 20 EXP
Location: Anywhere
Details: Chakra Monkies have always been a pest around local populace. While they pose no real life-threatening danger, they do disrupt the lives of farmers and travelers. They are small curious monkies who over time have learned crude manipulation of chakra. They have known to steal fruit, overcrowd water sources and throw chakra enhanced rocks and pebbles to any that annoy them. The mission is simple, find as many chakra monkies you can find and tie around their necks a special bell necklace. The necklace will violently shake when the monkies channel chakra to alert any who are near them. Do not kill the monkies as untainted wildlife are endangered.
Requirements: Your post must be at least 600 words. Tag at least 10 Chakra Monkies. 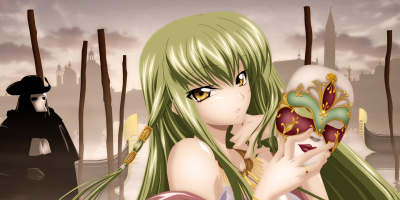 The young kunoichi would walk out of the Hyuuga compounds one sunny morning, her weapon pouch strapped to her knees, and her katana strapped to her waist. She was wearing a short black dress and had a mission scroll in her hand. This was going to be an entirely new mission for her, involving an animal she had barely seen, monkeys. From what the mission scroll told her, there were monkeys making havoc in the village, stealing fruit from fruit vendors and throwing chakra laced rocks at random passerby. Ami made her way to the administration building, to get the special bell necklaces that she would need to capture the monkeys, since she was not actually allowed to kill them. Ami would come out of the building with ten, which meant she had to capture at least ten. The thought of spending her entire day trying to capture monkeys somewhat amused her.

She made her way first to the business district of Gekkousato, where the first set of monkey reports had been filed. She made her way to the fruits and vegetables vendors, asking for more information. “I heard the reports,” she would begin, talking to the lady who sold fruits. She nodded her head and told her that around sunset, the monkeys would show up and cause havoc when they were getting ready to go home. She decided that she would start elsewhere, and then come back to the marketplace closer to sunset. Ami moved her way to the outskirts, beyond the marketplace, searching for traces of monkeys in the area. If they were out causing trouble in the market, they had to originate from somewhere. Her best bet was the forest.

The girl looked around, scanning her lavender pupils until it rested on the hot spring facility. She remembered hearing some rumor that monkeys secretly liked hot springs or very hot water. She almost camped out in the area, crouching down among the trees so that she had a good view of the facility. Ami wasn’t really sure what she was hoping to find, but she had wanted to try to catch at least one or two of the animals before they moved out to the marketplace. But her wait would prove to be a waste of time, as she returned back to the district, feeling slightly peeved that she had spent close to three hours of her time waiting for them to turn up but didn’t. At sunset, she walked back, knowing that the vendors were getting ready to leave for the day.

And that’s when she noticed the first signs. A group of monkeys suddenly came attacking the vendors, or rather the produce that they were selling. It was almost like clockwork, and they were came running around, throwing fruits and vegetables at the people on the street. In a matter of seconds, the once quiet street was turned into some chaotic mess and Ami was caught in the middle of it all. She would try to catch one of the monkeys, who was busy eating a banana that it stole from the vendor. But of course it wasn’t going to be that easy. It ran around, jumping from stall to stall to avoid her. The girl couldn’t use a weapon, or at least didn’t want to, since she wasn’t supposed to kill them. So it would result in a chase of cat and mouse.

She knew that the animals were capable of chakra control, as the young girl saw some of the monkeys playing around with rocks, throwing it at people’s faces. “Byakugan…” she would mutter to herself, instantly giving her the vision of the animals’ chakra points. It would take her a moment before she would be able to separate the chakra points of the animals to try and catch them. Ami would pick up a basket of fruits from the vendor and throw it into an empty alleyway. Her hope was that the hoard of creatures would go for it so that she could corner them once and for all. She watched as they got off the stalls and made their way to where the fruits were. It seemed that most of them were after food after all. The girl would quickly use her sixteen trigrams technique to at least stop them from moving. She would tie the chakra bracelets around them.

Five down five more to go.

The other monkeys were busy throwing rocks still at the vendors, having a little bit too much fun watching the people scram and scurry in panic. The young girl would take out her senbon, as she knew that even if it hit them, it would cause them very little injury. “Everyone stand back!” she called to the running people, trying to have them stand behind her so that the already chaotic scene would be less chaotic. She would concentrate her chakra to her index and middle fingers, looking keenly at her targets. If her motions were swift, she would be able to at least stop their movements. It was a gruesome and long process. After countless failed attempts, she would finally be able to subdue the other five monkeys.

At the end of it all, the girl was exhausted. She would rather have spent the entire day training in her compounds rather than going around chasing monkeys. After putting the necklaces around the last of the five monkeys, she would finally be able to go home, hoping that the creatures would stop messing around with the poor vendors at the marketplace for the next little while.