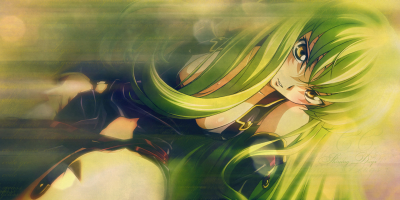 It would take Ami almost two hours from the spar with Jayy before she would make it to Kataki Road. Usually taking one third of the time, it would indicate just how wounded she was. The girl limped her way down the now deserted streets. A skeletal fox had intercepted her along the way, with a handwritten note from Karite. She had taken Jayy with her back to the village. Relieved, she ventured on her own journey, wondering if she would be able to make it back alive. Not counting her severed finger, she had slash wounds on her stomach and smaller cuts on her legs. But having fallen from that hole in the tomb, she was no longer in much of a condition to walk, having to use the aid of her sword to help her now. How the village people would gossip if they saw her now.

Every step she took was painful, both physically and mentally. She had suffered, having fought her teammate directly after fighting for her life in the tomb. But she was alive, though extremely exhausted after the ordeal. The girl would look up at the night sky, smiling slightly at the crescent moon up above. At least the sky was being nice to her. Ami struggled until she felt a sharp pain from her abdomen. Jayy had done a good job, she thought to herself. Had he not been knocked unconscious first, she would have most likely done so. Kneeling down in the middle of the road, she panted, cold sweat dripping down her face. Her muscles were refusing to listen to her, her body refusing to move no matter how hard she tried.

Was she going to die here? After all that she had been through she was just going to die here and be bait to the wild? She let out a small groan as she tried to hoist her body back into a standing position, but to no success. Her muscles only weakened, and she fell forward, her eyes meeting with darkness as her face hit the gravel. Her tired body had given way, and so had her mind, as she closed her eyes, the wind around her gently blowing against her face. She would pass out on the street but not before seeing a shadowy figure approach from the distance. How vulnerable she felt, as she lay there without any ability to defend herself in the case of an enemy attack or a bandit. Ami gave in to the darkness, praying that she wouldn't be eaten alive by some wild animal in the process.

There was a lot to be cautious about when a person was traveling by themselves on Kataki Road, one of those things was to be alert for traps and to make sure to avoid them entirely. Of course, as Sojiro had been in a normal transition between the Moon and Sun villages, returning home after a series of missions, he couldn't help but see something that looked like a trap in the distance. His nose had picked up the scent of flowers, a mixture of them, as well as faint blood and... The smell of the tomb. The man would furrow his brows together as he looked around, trying to make sure that there wasn't someone around to try and jump him. From what he could tell, there was some woman that was unconscious on the ground with ass in the air. It was a very vulnerable moment and there may have been some comedy to it, if the smell of blood didn't tell him that things were actually worse than they seemed.

"Is that... Ami?" The man muttered underneath his breath before he would slowly walk towards the woman and let out an annoyed breath, "Man, you are really good at getting your shit rocked." The man would speak to the girl, who wouldn't be able to hear him but it made him feel better about the situation. With a sigh, he would move to pick up the girl off the ground with ease and slide off the main road and behind some bushes off to the side. The two of them would be hidden from any prying eyes as he would lay her on her back, examining the wounds that she had and letting out a breath. Seeing her finger missing had confirmed that she had gone to the same place that he had. There wasn't much he could do about that so, he would just wrap up that wound for now. But, the rest of his damages wouldn't be too hard to handle.

Summoning chakra to his hands, he would begin to heal the other wounds that she had until they would be gone. It would take about 10-15 minutes, the woman eventually waking up to find Sojiro sitting next to her while sitting cross-legged,"Well look who has finally decided to wake up. You know, there are actually places to try and sleep instead of the middle of the road."

She had not expected to see Sojiro, as her eyelids fluttered and slowly opened. Her lavender eyes would look around her, noticing that she was no longer lying in the middle of the road for starters. It would take her a moment before they would rest on and acknowledge Sojiro, who was sitting next to her. Crap...she thought to herself and groaned a little. This was the second time he saved her, second time he would see her in such a vulnerable state. For some reason she felt slightly uncomfortable to showing this side of her to him, even though he was a medic. There was just something about him...something she couldn't quite put a finger on that made her feel so...strange.

The girl would sit up slowly, noticing instantly that her wounds were already healed. She raised her hand, seeing that her hand was bandaged as well. He was really good at his job. Ami would hear what he said and often laugh a little. "I don't think I'd have chosen to sleep in the middle of the road if it was up to me.." she let her sentence hang. After a brief pause, she would add in a hush "Thanks for saving me...again." And she meant it, hoping the earnest in her voice would carry. She wasn't really good at expressing her emotions. And then she would notice something different about his demeanor all together. It caused her concern above everything else. "Are you alright?" it seemed rather peculiar for her to ask but it unsettled her.

Sojiro would slowly tilt his head as the woman would ask him if he was alright, confused by the question, obviously. The man would cross his arms and give a small shrug of his shoulders, "Yeah, I'm fine. I was heading back from Moon to the Sun Village, what the hell were you doing?" The man would ask, expecting an answer from the girl from the tone of his voice. He would take the time to slowly trail over Ami's form, his ruby hues scanning the woman with an intensity he didn't usually have. This woman was a shinobi but this was the second time she had needed to be healed from wounds that could've ended her life. Was she just clumsy?

The man would shake his head and push those thoughts to the back of his mind, rolling his shoulders and looking around at their surroundings. As it was currently, there wasn't anyone nearby and they would continue to be safe for now.

The intensity of his gaze and roughness of his tone would of course not go unnoticed by the young Hyuuga as he questioned her. She didn't know where to start, unwilling to disclose that she had gone to the tomb in search of something she hadn't even been all that interested in and had almost killed herself in the process. After a moment's thought, she looked into his ruby coloured eyes, her voice only audible to him. "I've done lots of things," stating the obvious was her forte, coming up with lies was not. Ami would bow her head, thanking the man for his help yet again. She had no intention of asking to be saved but the idea that she had been made her a little ashamed of herself, especially in front of Sojiro.

Ami would try to stand, hoisting her body up as she realized they were still on Kataki Road. She wanted to return to her village, longed for the bed in her room that was calling her name. As she stood up, her head spun. She would sway a little, her body still not used to sudden movement as she put a hand to her head. She would fall sideways, almost crashing into the still sitting Sojiro. So much for going home.

Before the man could try and tease the woman on her own words, she would move to stand and Sojiro would start to do the same. As she stood up, her body wobbled and she would seemingly black out. There was an annoyed sigh that would leave Sojiro's lips as the woman collapsed over, stretching out a hand to grab the femme by her shirt before she could smack into the dirt of the ground, "What the hell is up with you?" He would ask, though he knew that the girl wasn't going to actually answer her. He would look in the direction of the Moon Village, where he had just come from... And then the direction of the Sun Village, "Yeah, you can just travel home later." He would say before grabbing Ami and moving to toss her over his shoulder, carrying her like that as he moved back onto Kataki Road and began to head towards the Sun Village.