Mission Info:
Name: Defend The Supply House
Rank: B-Rank
Participants: Moon Village, Sun Village
Type: Solo Mission
Reward: 40 EXP
Location: Within a Yellow region
Details: One of your villages own supply houses have been getting raided by bandits and thieves. They have been stealing food, weapons and gear to outfit their own ranks, and are starting to bleed out the villages resources. Your mission in to hold up at one of these supply houses during the night, and counter attack when the raiders decide to attack. You must eliminate all enemy targets while keeping the supply house in one piece.
Requirements: Your post must be at least 900 words. 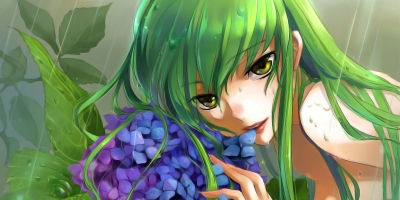 If there was one thing Ami hated, it was thieves. She hated people who stole things from others, and so she was almost glad to take on a new mission. Unlike the other missions she had been doing, this one seemed interesting and infuriating at the same time. Apparently there were bandits and thieves stealing resources from one of Gekkousato’s biggest supply houses, making the village bleed its money out to replenish. The young girl walked out of the administration building with the mission scroll. It was early afternoon and she had some time to kill, knowing that the supply house was usually attacked at night. She would go back to the Hyuuga compounds to grab her weapons before heading back onto the streets. Ami would first grab a coffee at coffee shop in Moonlit Plaza, spending some time reflecting on everything that had happened in the past few weeks. She had met a man, fallen in love, hurt a friend, almost got herself killed, gone on missions with people from the Sun village and lost a finger. Life didn’t get any more interesting than this.

She paid for her latte as she saw the sun setting. She knew she needed a break, needed to recuperate not only physically, but found it so difficult to do so. The only thing she knew how to do was to keep herself busy, doing mission after mission. As she approached the village gates, she would hand the scroll over to the guard. By now almost all the guards would know of her, having either heard something about her or seen her on her many adventures. One of the guards would nod to her, giving her back the scroll and allowing her to pass through. The girl would make her way down Kataki Road. In the middle of the road, off to the side, there was a supply house for all basic weapons such as swords, bows, arrows and small weapons like shuriken and kunai. There was also a storage at the back for food. Ami would proceed to its location, looking for signs of the guards that were supposed to be on duty. Seeing no one, she was slightly taken aback, although that would explain how the thieves were able to steal from the place with such ease. Well, if that’s not an open invitation, she didn’t know what was, as she sat on one of the chairs inside the storage. Remnants of ramen and snacks told her that there had been guards here at some point. They were probably off being lazy somewhere, she concluded, heaving a sigh. The Hyuuga hoped that the thieves would come tonight, needing some more excitement in her already exciting life.

Her prayers would be answered as the orange and pink sky was replaced with darkness, the sun replaced also with shining stars. The guards had still not returned. She wondered if they simply gave up their posts, which meant that she would have to report them to the village. She would sit contemplating her next course of action when she would be violently interrupted by sounds of footsteps outside. Her hand immediately went for the hilt of her blade, her muscles tense. She listened carefully, trying to differentiate the sound so that she could guess how many of them there were. She closed her eyes, taking a moment to concentrate. From what she could tell there were three sets of footsteps. She got up slowly, walking to the entrance of the supply house, her movements as quiet as possible. She wouldn’t attack until they did. This was the first time she would try ambushing a group of people, and having no reinforcements meant she had to be very careful of her approach. The girl listened, unsheathing her blade slowly with her left hand, the sound of it as faint as possible so as not to alert the intruders. The shadowy figure of one person could be seen, making their way equally as carefully to the entrance of the supply house. The girl’s hand tightened on the hilt of her blade. She would need to act quickly, wanting to disable the intruders before they put up much too much of a fight. Was she confident in her swordsmanship? Not at all, but she wasn’t going to use her kekkei gekkai unless absolutely necessary.

And then she would see the first sign of someone passing through the entrance. She had been standing off to the side, her back pressing against the wall to hide herself from view. The girl swiftly ran towards the intruder, her blade poised. The thief had been holding a sword himself, immediately reacting when he saw her. Their sword clash would cause the other bandits to make themselves visible, trying to ambush her. Three against one…not a bad ratio. The girl found that she would have a wakizashi, a katana and a knife against her sword. So much for wanting to finish it quickly. Her free hand traveled to her weapon pouch while their main weapons entered a deadlock. She would push her body weight upward, hoping that the extra weight would give her the advantage to remove herself from the deadlock, activating her Byakugan simultaneously. Although she had not wanted to do this, she realized that disabling their chakra points was probably the most efficient thing when outnumbered. It was annoying having to always rely on her kekkei gekkai to get herself out of sticky situations. Ami would throw three shuriken as she distanced herself from the three men, her vision transforming to show their chakra points rather than their faces.

She had grown so accustomed to seeing people’s chakra points that it didn’t take her long to follow up on the attack. She didn’t wait to see if her shuriken had connected with any of the thieves before she quickly sheathed her blade, relying now solely on her dojutsu. She would intercept the thieves as they came once more towards her, the chakra in her body concentrating to the palms of her hands as she did so. Ami would aim for the chakra points that mattered, hindering their movements in their arms and legs. It was more difficult to execute when there was more than one of them, seeing that it not only required twice the speed, but would make her open to attacks from the others if she wasn’t fast enough. She started with the one bandit that had entered the storage first, disabling the chakra points in his arms and legs. She drew her blade, her sword aimed directly at his neck, a clean slash across it while he was still trying to recover from her Taijutsu attack. She felt her blade against his skin, taking an instant gratification while blood poured from the wound. The other attackers had seen this as well and froze, realizing the extent of the girl that they were facing. Perhaps they had underestimated her or had expected her to give them a pass. But whatever it was, they were deadly wrong. Her eyes narrowed as she turned her attention now to them, the killing intent radiating from her expression. It wasn’t going to be pretty.

It was rather interesting though, because she was not a merciless killer. Had they met her only a few weeks ago, perhaps she would have let them go. But today she had no such plans, as she drove her sword in the stomach of another bandit, taking him by surprise. Of course, she would have taken a slash from his blade in the process, seeing as she hadn’t used her Taijutsu to disable his movements. As she felt the pain from her shoulder, her smile turned menacing. It was almost as though it helped feed whatever bloodlust she had within her. She would throw a kunai at the last bandit’s face while removing her sword. Her blade now covered in blood that wasn’t her own, she wondered what had gotten into her. Twisting her sword hand, she would drive her katana into the last thief, who had been creeping behind her, having successfully dodged her kunai. Her hands trembled a little when it was all finished, her mind racing. What had she just done? It was on her mission that she was supposed to eliminate the thieves…but the brutal way she had done so was not in her character at all. She became a little scared of herself at that moment, unsure of whether she was possessed or something. Ami looked at the bloodied bodies around the supply house, dropping her sword on the ground and sinking down into her chair again, unsure of what had just happened.