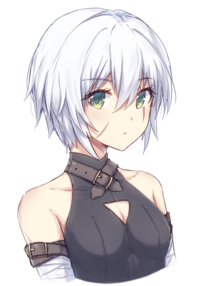 Yatari shifted among the leaves. She didn't usually travel on the road itself, instead she made sure to simply stick near the beaten path. This meant that if any bandit were to be traveling, searching for any helpless child ninja that may be unlucky enough to come across them then said bandit would never come in contact with Yatari. This also had the same function as meeting up with people such as merchants who might want to try to talk in order to pass the time easier, doing so would only serve as a distraction for the young girl. She just wanted to get to her mission, complete it, then get back and collect her money. This way she might be able to get some scrolls for more medical jutsu, allowing her to expand her already decently vast library of jutsu. Who needed ninjutsu? Puppetry and Medical Ninjutsu was the way to go, she had heard that there were quite a few iryoninjutsu techniques that enhance the user's physical abilities, doing so would definetly make up for her one weakness, melee. Although Kaguya's are known for their short range jutsus which involve Bukijutsu and Kenjutsu she was quite the opposite, using long range tactics. This did give her a strange idea, being able to see through your puppet's eyes. She would have to write that one down.
Sakuragi Kokoro 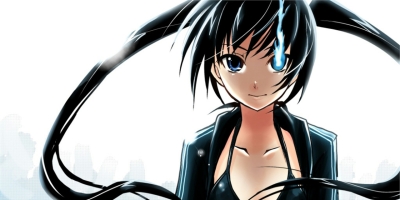 A petite young woman would be seen walking along Kataki Road, heading towards the jungle. She had just returned from the tracks in the snow mission and was not really excited about taking on another mission this soon. It seemed that she was not tired of taking missions in general but her ability to interact with humans after her sour interaction with Kenji. The girl heaved a sigh as she looked through the mission scroll. It was one of her most dreaded missions, finding mushrooms it seemed. The Inukura would remember the last time she had done this mission with a Sun medic and...a purple haired boy who looked like a girl. She only hoped that whoever she was paired with would make little to no effort in any social interaction.

She had left the village gates, having grudgingly agreed to take on the mission that meant she would have to travel yet again to somewhere outside of Nikkousato. She didn't mind traveling, or at least the idea of leaving the village since she didn't have many friends. The girl would nod to the village guards, showing them the scroll before telling them vaguely of her return date. The Inukura would continue down the now ever so familiar path, watching merchants and others go about their day. Kokoro would wait for her partner against a tree off to the side of the road, her eyes scanning the passerby. It was a pleasant day out, with the wind blowing a light breeze against her face. She was wearing her usual black dress with a trench coat thrown loosely over it.

The only evidence of Yatari was the sound of her body, weighed down by her puppet made of her own bones, leaping between each branch. Of course Yatari had noticed Sakuragi but didn't really acknowledge the woman. Why should she? Its probably just another ninja and just as she passed by the girl Yatari would notice that she had been right. Yatari was only given a brief description. Pale girl, black hair, black clothing, looks about Yatari's age. Thats it, although if you were looking at a bunch of genins you would never be able to individualize her partner but because of the evidence she was given, this was her "teammate". Once more she wondered why in the hell anyone would ever think she needed a team? Her puppets worked just fine as a secondary member, but it didn't matter. Obviously, Yatari was slower than Sakuragi currently, heaving about her construct was quite the feat even for a ninja as the bones were extremely dense so that they could withstand attacks better.

The sound of clonking of sorts would be what grabbed Kokoro's attention as she looked up, trying to find its origin. It would be pretty loud and somewhat hollow sounding as she looked about. The girl would then spot a white haired girl, cut short to just above her shoulders. It seemed that she was carrying a shell of sorts, which seemed weird because it looked a lot heavier than just any normal accessory from what she could tell from the distance. As the other girl drew near however, she would see that it was a bone puppet, which she of course didn't know existed since she had never seen one til now. It just seemed so straining for the the girl to be carrying it on her back, which only added to the strangeness of it all.

Once Yatari came close, Kokoro would be able to study the girl more closely. She was of the same age if not younger than the Inukura, her body type similar as well. It seemed from the way she carried the load on her back that she at least had a lot of body strength, perhaps even greater than that of Kokoro's. She decided to wait for the young girl to stop, to see if she was going to be her partner for the mission. For all she knew, the girl could have just been a random kunoichi passing by, so she wanted to make sure before striking up a conversation. 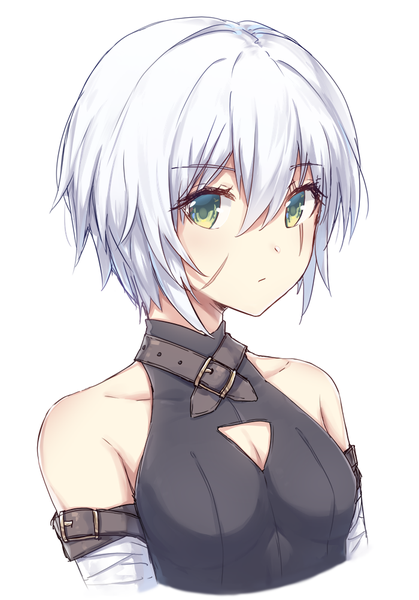 Yatari would give the girl a blank look, staring down at her as she was peered at.

Definetly her teammate but Yatari couldn't care less. If the idiot was just gonna stand around, assuming that she has SOME sort of reference as to what her partner looks like, then thats her fault and when Yatari goes to turn the mission in if the girl doesn't come eventually come along she will just take the complete reward for herself. Her partner was correct in believing that the object she was carrying was extremely heavy, it was almost to the point that it wasn't worth it, but this acted as weight training for the young girl. If she never got her hands on some sort of jutsu to make her body stronger then she would just have to do it the natural way right? Her passing by the black haired girl was only a split second before there Yatari crashed to the ground, sprawled about as a broken branch came down and hit her on the head, revealing the sequence of events which must have happened. Because she was so distracted Yatari had taken a misstep and while trying to grasp for the next limb would end up instead breaking it, causing the mass to come tumbling down nearby Sakuragi.

Yatari would begin ferociously rubbing at the top of her head, feeling at the bruise that had already begun to form from the impact. The girl would quickly stand before tossing a glare to Sakuragi.

"You the one I'm looking for?"

Despite her demanding attitude and harsh demeanor her voice was high pitched, squeaky even for a girl of sixteen, her words quickly erasing any speculation that the girl's voice may have changed because of nervousness.

And here she thought she was a cold person but obviously she had seen nothing yet. She would watch quietly as the other girl took the wrong step and the cargo she carried came crashing down on her, slightly amused by her obvious lack of concentration. Kokoro was not a mean person, not at all, but she was definitely not here to play games and deal with someone who didn't know enough about social cues to work together on a supposed group mission. She hated sass, hated people who were full of themselves and unfortunately for her, Yatari screamed both. The girl wouldn't budge as she saw the other girl rub her head, probably having taken quite a blow after the crash, studying her quietly. There was no sense of frustration, anger or any emotion whatsoever as she simply glanced at the female, waiting for the other to say something.

And say something she did.

"You the one I'm looking for?" Kokoro almost smirked as she heard the words, secretly thinking to herself of how she wished it was not the case. But she decided to be well-mannered at least, finally removing her back from against the tree trunk and making her way towards Yatari. She would offer no response to the question, rather saying relatively quietly, "Sakuragi Kokoro. Let's go." she was not here to have a picnic or to make friends, and definitely not with someone like her. She threw the mission scroll she had received to Yatari, before walking ahead of her, down the road. God did she hope the mission would end quickly. She wanted to go home, for once, and not have to deal with people. They would take to the road again, Kokoro keeping a distance from Yatari, making their way to the jungle.