Back to the Beginning [Social]

Back to the Beginning [Social] 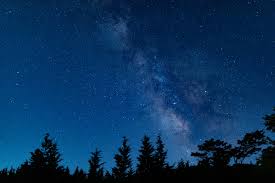 ~~~~~~~~~~~~~~~~~~~~~~~~~~~~~~~~~~~~~~~~~~~~~~~~~~~
The night was young as Ami made her way down the familiar path down Kataki Road. Having traveled to and from the village many times using this road, she was more than familiar with its environment and threats, making it easy for her to travel by night. She had just come from a mission that was off to the side of the road and was on her way back to Gekkousato. How she missed her village, having spent a little too much time in Nikkousato. She was ready to go back to her compounds, to go back to the comforts of her bed, which by now was probably screaming her name. The Hyuuga would walk alone, enjoying the calm and tranquility that was a rare sight for these parts. She also missed her alcohol and her peach blossom forest, hastening her steps so that she could get to her destination faster. She never thought she would be homesick but spending time in foreign places was beginning to take its toll on her.

She would look up at the beautiful sky, littered with shining stars and give a small sigh. Even the night was beautiful, perfect for a drink out in the forest or some alone time. Ami continued to walk, her eyes staring off into the distance when she suddenly saw a lone figure coming from the opposite direction. She couldn't tell much detail about the person, but found it strange that someone would be traveling at this hour. Usually when she traveled at this time there would be no one there, and perhaps the sight of someone coming her way made her more excited than it actually should. Her eyes narrowed as she tried to take a closer look, her hand drifting to the hilt of her sword just in case. It was always better to be safe than sorry.

"Who's there?" she would call to the figure, hoping that whoever it was would show their face. 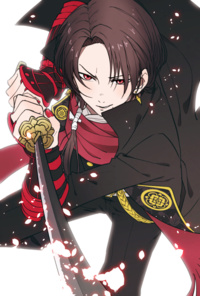 Xihe always joked that he was a perfect match for the Moon Village because the night was the time he was most comfortable being awake. Luckily for him, there was no shortage of nighttime missions for him to undertake to fulfill his night owl urges. It wasn't ideal for interacting with people who didn't want to kill him, truthfully, but he didn't mind much. Don't get him wrong, he liked people, but he wasn't overly concerned with making the most friends out of anyone in the village or being popular beyond his wildest dreams. He was content with a small friend group, or even a collection of acquaintances. If he could find someone else who had a similar circadian rhythm, he would be set for a best friend.

When he stayed up late into the night, he would spend his time completing assignments or occupying himself with reading or other hobbies. But today, he was feeling overly energetic, not being able to sit still in his little apartment long enough to read and he was worried that if he stayed indoors he would wind up eating everything in his apartment, and bored eating was never a good thing. He decided a walk under the night sky was a nice enough idea, beginning to walk down Kataki Road. It was a simple walk, but he still carried his swords at his hip. Just in case.

Zi saw the other figure come into view and then heard the voice call out into the night, his own hand shifting to his blade "Hopefully a friendly." Zi moved into a shaft of moonlight to illuminate his face to the woman, though his hand still gripped his sword loosely "My name is Murong Xihe, from the Moon. You?" 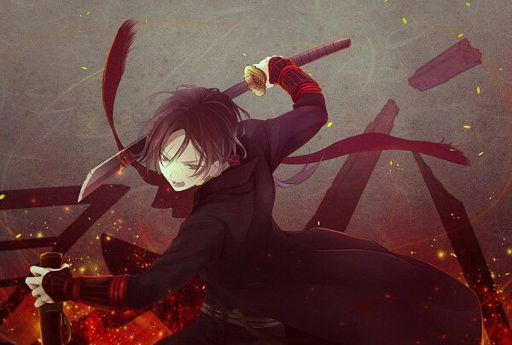 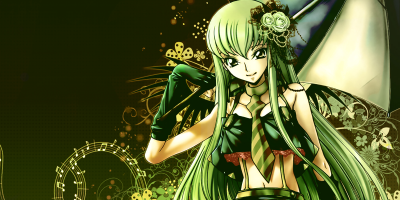 The girl would hear an unfamiliar voice. At least he had responded and gave her enough details about himself than what some of the other people she had met had doe in the past. She would walk closer to him, but stop within a safe distance, three meters or so, noticing immediately that he had his hand on his sword, perhaps simply being cautious. She released her grip on the hilt of her own blade, giving him a genuine smile. "Hyuuga Ami, also from the Moon." she would study the man a little more closely. She had definitely never seen him before. Was he a new shinobi or did she just never get the chance to meet him until now? Whichever one it was, she would look up at the night sky and more to herself than to him, she would continue, "It's a beautiful night, isn't it?"

Such a classic way to make conversation, she realized. Ami had to admit she was not the best conversation starter, always finding it difficult to talk about random things to people she didn't know or just met. She only hoped that he wouldn't think that she had any ill intentions towards him and that he'd relax when in front of her. "What are you doing out at this hour?" Although the night was young, she wasn't accustomed to seeing someone roam the streets like she did and was genuinely intrigued at what Zi was doing. Perhaps traveling...or on a mission...or training?

"Pleasure to meet you, Ami. That's a wonderful name." Xihe moved his hand from the hilt and gave a gentle nod in acknowledgement at the strange woman, giving her a friendly smile as he did so. He looked up at the sky with her, nodding again taking in the moon and the stars "Breathtaking. I've always been more at home during the night. I think that's what makes me a good fit for the Moon Village." He thought idly about how his words mirrored his earlier thoughts, but pushed that out of his mind for now.

"I'm just taking a stroll. I couldn't sleep so I was hoping a walk down the road would tire me out a bit." He stretched his arms above his head slowly, splaying his fingers wide and popping a few of his joints "I don't think it's working all that much, to tell the truth. Still wide awake. Maybe I should train or something? Exercise tires everyone out." He brought his arms back down and crossed them over his chest, turning a curious look to Ami "What about you? You're coming in from out of town. Out on a mission?"

~~~~~~~~~~~~~~~~~~~~~~~~~~~~~~~~~~~~~~~~~~~~~~~~~~~
He seemed like a very nice person, she concluded quite quickly as she listened to him speak. His aura and his words were friendly, unlike a lot of the people she had met recently which was a nice change. She would nod her head while he explained his reason for being out and about at the hour and smiled. Yes, she had done that many times for the same reason, thinking of the countless nights she would roam the streets of Gekkousato, looking for something she could do to help her fall asleep. "Training is a nice way to drain yourself til you pass out, I suppose," she commented thoughtfully. Ami remembered doing that in the Hyuuga compounds when she was younger. Those were the days...

"I've been away to the Sun Village, to get a change of scenery, shall we say." She looked from the sky back at Xihe and smiled. And was the scenery ever so different from their village, she thought to herself. She pondered for a moment before adding, "Well, I can't train with you because I'm exhausted but I was looking for a drinking buddy. Do you drink?" It was unlike her to openly invite someone to drink with her but she really needed to unwind after doing countless missions while being away in Nikkousato. Even if he didn't drink perhaps sitting down and having a chat wouldn't be a bad idea, rather than standing in the middle of the road. She really wanted to get back to the village and hoped that Xihe wasn't opposed to the suggestion.