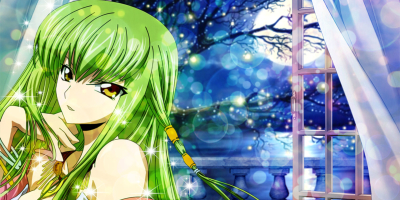 It was early morning and the green haired Hyuuga would make her way out of her compounds. She had finally gotten a good night rest, something that she hadn't been able to do for months now. Her body fatigued beyond imagined, she had passed out on her bed and slept through the past two days. But for once she felt great, so good in fact that she was ready to go on a mission. Ami took a cookie out of the cookie jar before leaving her home, heading straight for the administration building. How long had she not visited this place? And how long had she long done a mission for her own village? It felt a little weird as she entered the building. She greeted the secretary warmly who wouldn't mask her surprise at seeing the girl. It had been a few weeks at least since they had last met and after some simple small talk, she was given a mission scroll.

"This one is top priority," the secretary would say in a hushed voice. For her to say this meant that it was truly an assignment of importance and Ami would proceed to open the scroll, her lavender eyes going through the written text. it said she had to go to Baulder Village. Where was that? She had never heard of the place. Seeing the girl's confused expression, the secretary continued. "Take Kataki Road and you'll come across a vast woodland made up of several forests up north. The Baulder village is deep in the woodlands. I'll give you a map just in case." The woman would leave her seat and return with a map. The kunoichi thanked her and made her way out of the building with the map and the scroll safely tucked inside her pockets. It was interesting for her to go somewhere new, the only place she had traveled recently was with Keiji to the Kellen Mountain Range. She blushed at the memory, remembering the details as though it was yesterday.

At the gates she would show the guards her mission and be allowed to pass. She had come through these gates and traveled along Kataki Road so many times since becoming a shinobi that it was like a daily routine for the Hyuuga. She looked up at the sky and smiled, noticing the sun shining bright and a few white clouds looking like cotton candy surrounding it. The weather was nice and cool, the temperature just right for some lone traveling. She was very excited to get to go somewhere she had never been before, although slightly nervous for her obvious shortcomings in directions. Perhaps she should have traveled with a partner after all, especially to parts of foreign land. But it was too late now, and seeing as she had time before the sun went down, she was more than confident that she could find the woodlands before the day was over.
{Exit to Baulder}