I Hate These Jobs [Travel] 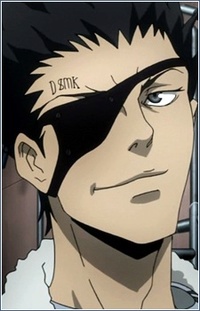 I Hate These Jobs [Travel]

Kenji only let out a sigh as he begun his trek away from home once more, his only saving grace being that his final destination wasn't going to be in the sun village as it was for far too long nor would it even be the freezing mountains anymore. Instead he was going to be freezing in some other place down in the south on the opposite end of the world. Life some times could really suck for the one eyed man as he simply hung his head low and kept marching forward, unwilling or able to play his shamisen as he wondered just how cold it was going to be compared to the mountains, last thing he'd need to worry about is freezing to death up there. Well, suppose it would be down there considering it's down south.

Either way, Kenji knew he didn't want to freeze but he also knew he didn't want to burn alive in the sun... He missed the days when he could just do local missions, he haven't had a local mission in such a long time that he was growing sad about it. He just wanted to get lost in the jungle and let his partner do the heavy lifting like it was back in the good old days. Alas, there wasn't much to be done, not his fault everyone seemed to be taking care of any animal problems in the moon. So here he was, making his way to go freeze down in the south to help some sort of mine collapse, which hopefully wasn't in much danger, he imagined not a lot of people were mining down there or even living there for that matter. And not because they were dead due to the collapse... Hopefully.