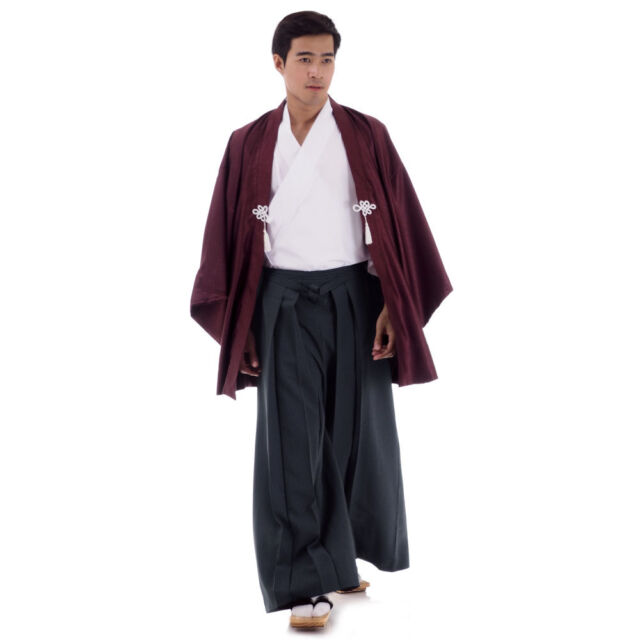 Sojiro Sakura had been out of commission for a week, mostly because of forced medical leave, ever since a truly tragic incident. The man was forced to recover fully from losing his arm before he was allowed to return to the field, although that was one way to look at it. Since being allowed to start doing missions again, Sojiro had been given a series of simple protection missions and guarding outposts. Was the village unsure of his abilities as a Shinobi because of what happened? It didn't matter, seeing as he had been assigned another mission and he was going to perform it, despite how simple it seemed. He had been tasked with going to help build an arena of some sorts in the village of Debon, though he wasn't traveling alone. With him was Genkumaru and Maxximus.

The man had adopted a new type of clothing in the last weeks, something that was much more reserved compared to his previous outfit. The man wore a pair of pants that were charcoal gray in color, a white shirt that exposed part of his chest on his upper body, the left sleeve waving in the breeze. Over his shoulders was a red overcoat, the man had even started wearing socks and a pair of sandals to go along with it. He didn't really talk much as he traveled with the men, unless spoken to, his mind wandering onto other topics while they traveled. As they traveled, though, he would be alert and keep out for any foreign scents that approached them. 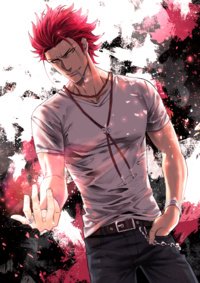 Re: Traveling to Debon (Travel Topic)

Maxximus would sigh as he would follow behind the sexy beast of the village, sojiro. His eyes staring at him for seconds before looking away. 'Stop it' He would say to himself as he looked around. It hadn't been long since Genkumaru and himself had defeated the large snake and he got carried back to the village. Although he was taken home he had returned to the area to grab the two headbands and place a memorial for his aunt and uncle back at the village. He would follow behind and play with one of the shuriken he found instantly dropping it as it would stab into the ground. "How much longer?" He would ask hoping that genkumaru would answer him.

Maxxie was wearing his normal clothing with his white shirt and his blue jeans. A small bolo tie around his neck and his fiery red hair blowing in the quick gust of wind that flew through the path. His belt was tight and his mind was filled with sadness. Sure they already had the funeral but that wouldn't clear up his sadness for a while. As he would place his hands in his pocket and look up at the sky A drop of his tears would fall from his eyes as he watched the clouds flow in the sky. One of the clouds would seem to out stretch to one another and form a smile on their odd faces. Was it them looking down upon him as he would adventure with the two men, maybe it was his ancestors watching him and knowing that this young man would lead the Akimichi to a greater future.

Re: Traveling to Debon (Travel Topic)

In the weeks since the day that Hikari was lost to them, Sojiro and Kannagis bodies were damaged, gen suffering some punctures and the almost zero contact with Kenji, it had been a blur. The only person he still smiled with and relaxed with was Maxxi, and it was to protect the boy from the dangers of the world. It was not as glamorous of a life as some had made it out to be when it came to being a shinobi and a shield of then people. Shortly after the snake incident Gen had allowed Sojiro to implant Akimichi cells into him and it had triggered a monstrous transformation in him. The ending results was a frail and emaciated form. He was a shadow of what he once was. The Akimichi clan had decided that it must be through his mother that suddenly his cells had activated as he had not said a word to a living soul about the nature of what had happened.

His new form was apparently only temporary and soon he would start packing back on muscle and returning to normal as long as he didnt stop what he did for his normal routine. He wore sandals with black hakama and a black kimono today, needing the warmer fabric against his frail body as it got colder in the more northern climate of Debon. Finally a haori deep crimson in color with flame motifs and the Iwamura clan seal in gold on its mid back, was the last piece of his attire. A travel pack on his back with required supplies for the journey and a cane in hand he walked beside his pupil and his brother. He wouldnt speak to the two of them during their journey, something the two of them may have grown accustomed too during their time as of late. It's not that he couldnt talk, it's just that what could he say to ease the looks they would give him?