Mission Details:
Name: Eliminate the Target
Rank: B-Rank
Participants: Moon Village, Sun Village, Missing Ninja
Type: Group Mission
Reward: 45 EXP, 20 Ryo
Location: Outside of a village
Details:This is what separates the basic every day ninja from your high profile shinobi: the assassination mission. This mission is asking you to eliminate a low level target, often a petty criminal, or someone who has escaped prison who someone who could later disrupt the village. They are likely not shinobi, but are of considerable power. This mission is simple, find and take out the target with as few consequences as possible.
Requirements: Each person must make at least four posts, totaling to 1600 WC.

When Sojiro had woken up in the morning to an envelope out front of his bedroom door, he wasn't surprised to find that it was the details for a mission. As the man let out a soft breath, he would return to his room while getting ready for the day that was ahead of him. It was complementary of the village to not inform him of who his partner was going to be, instead telling him that it was only a Sun Shinobi. So, begrudgingly, the man would take a shower and they get dressed. He wore his usual outfit, a pair of hakama pants, a white top, and a deep red haori with golden designs along the edge. He wore socks on his feet, having obviously left his sandals by the front door. As he went downstairs, he had decided to make a quick sandwich before getting ready to head out onto the rode. The man had run into his sister, who had been making something for herself before heading out, making small chat before the two of them headed out, the man deciding to walk his sister to the gate. As they got to the gate and began to head out towards their location... It became obvious the two of them were on the same mission.

So, the man would discuss the details of the mission as they traveled across the desert. Their target was some bandit leader, a man by the name of Shinro Tendo, who had taken up refuge on the beaches of the Silk Sand Coast. His camp was located somewhere near the edge of the water, supposedly hugging the cliffs and hard for most people to find. The village wasn't sure how long he was going to be here, so there was no room for failure on this mission. Sojiro couldn't help but be a little curious to see what his sister was capable of, when it was just them. 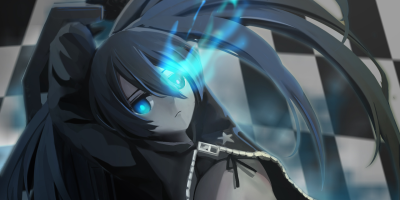 Kokoro woke up feeling a little groggy when she opened her eyes, her head hurt after having fallen asleep drunk again. The young girl wasn't an alcoholic, but she was absolutely in love with plum wine. She spent most of her insomniac nights either drinking or counting stars, whichever came first and last night had been one of those nights, when she would sit in her room and watch the stars, bottles and bottles of wine littered on the floor. She felt lonely, and it hadn't really been something that she thought had bothered her during the day. But at night it would bother her and keep her awake. Kokoro sat up slowly, her head slightly pounding as the aftermath of the alcohol left its mark. She groaned a little, getting out of bed and changing into a black t-shirt and short denim jeans. She was going on a mission today and decided not to wear her overcoat, given the temperature.

She would make some rice balls for the road as she felt a little too sick to eat breakfast. Kokoro would make three giant rice balls when she heard footsteps, belonging to none other than her brother. She hadn't seen him for awhile, even though the lived under one roof. Ever since the tunnel mission where she tagged along with Sojiro and his friends, she had become a little more withdrawn. It was probably because she kept thinking about the puppeteer she had met at Kellen Plains and had told her feelings towards. Although she hadn't met him since that day, her thoughts often found themselves with him. Kenji had sacrificed his puppeteer to save their team...and the last memory she had of him was his sad face. Giving her brother a small smile, she would let him have some of his kitchen space, as he too was going to make something for the road, it seemed. Was he going on a mission too?

The brother and sister's movements were incredibly synchronized even though they hadn't rehearsed at all. Kokoro had finished packing her onigiris just as Sojiro packed his sandwich. The two of them would make their way out of their house together. The girl was half expecting to part ways at the gate but soon realized that they were heading in the same direction. They were going on the same mission...again...she thought to herself. This time it was just the two of them. They had gone on missions together numerous times, most of the time with one or two or three other people. Her head pounded as she walked beside her brother, taking in his new outfit with interest. She liked the red on him, it suited him well. The duo would walk in silence for a little while, heading towards Silk Sand Coast, a place Kokoro had never been to before in Nikkousato.