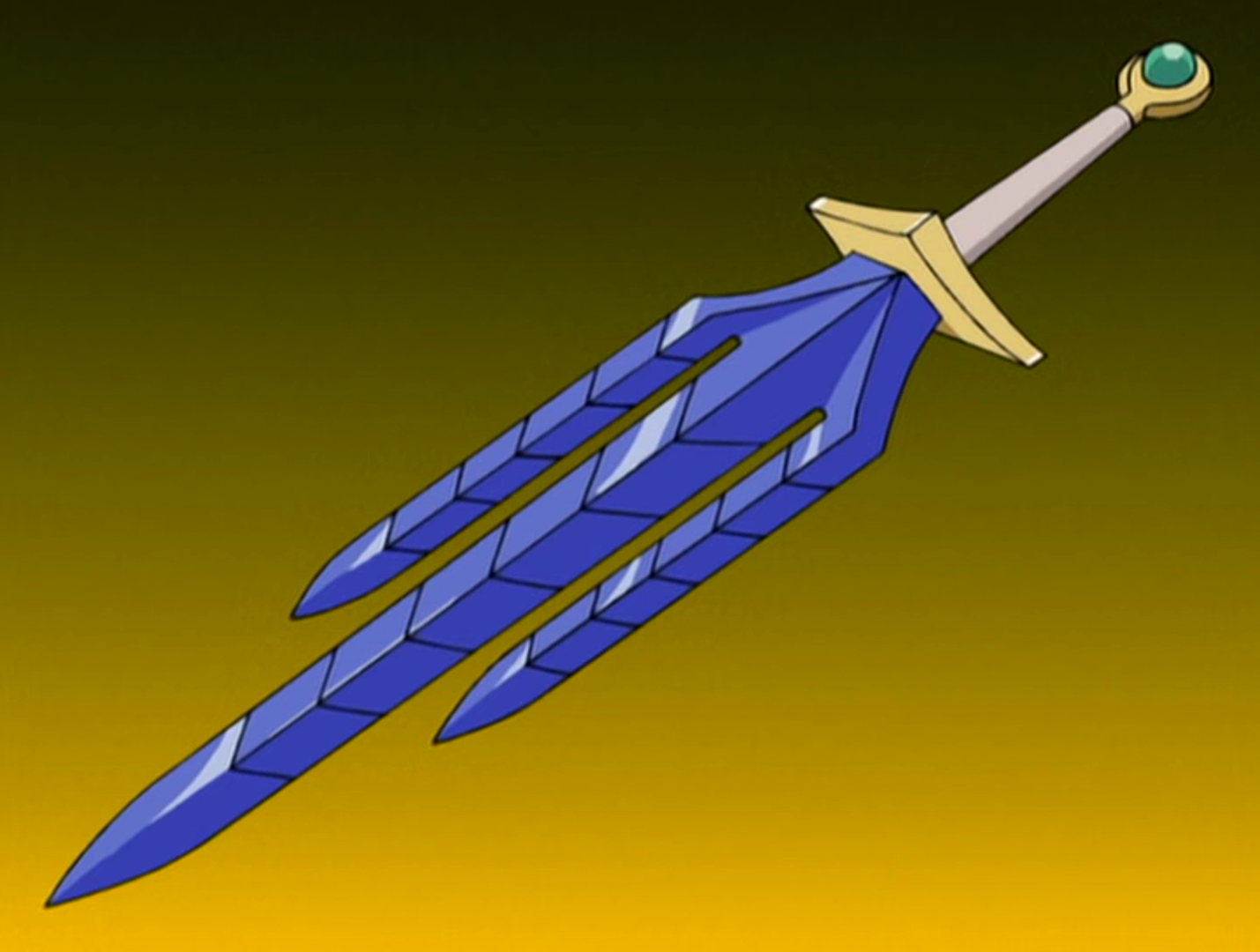 Description:
The Garian Blade has best been described as the trident sword, a three pronged blade with several features and secrets. The blade itself is made out of solid blue crystal, said to have belonged to an ancient craftsmen. This makes the blade incredibly sturdy and able to withstand attacks without breaking. Its much like a normal short sword, having a primary blade that extends up from the hilt and guard. However this sword is unique in the fact that it has two smaller, tanto sized, blades that come up from either side, making it look like a small trident on a sword handle.

Function:
Like most swords this blade can do what you might expect a sword to do. It can cut, stab, pierce and even be used as a defensive item to block oncoming attacks. This sword is unique however, since it has three blades instead of one, the blades can be used to catch other weapons, primarily other bladed weapons such as swords. When positioned correctly the blades can be used to catch another weapon and hold it in place.

Abilities:
Pronged clutches
Because this sword can be used to catch other weapons and hold them, the sword allows the user a very unique ability when it comes to close combat. If a weapon has been grabbed by the Garian Blade, the user can twist the blade to catch whatever weapon is sitting in between its prongs, and then bite into it, holding it there. As can action you can twist the blade to catch hold of another weapon, if you do so that weapon gets stuck in the prongs, rendering it useless. For their next post the owner of the stuck blade can not pull it free or even use any abilities attached to the weapon. They must remain stuck or let go of the item they are holding.

Striking Chain
The Garian Blade is made out of interlocking chain pieces, with the center blade being made out of 6 and the two side blades being made out of 3. Normally these links remain connected, creating a solid sword. However as an action and by spending 5 stamina (per blade) The user can thrust with the sword, causing a flick to happen and unlocking the links. This turns the blade into a medium ranged weapon that acts much like a whip. The center blade can reach up to 2 meters from its owner and the two side blades can reach up to 1 meter away. While open the chain links can be swung around much like a whip, but still retaining its blade like qualities.

Stunning wounds
Cuts made by this blade are extremely sharp and painful and can cut into flesh quite easily. If the sword manages to cut any part of an enemies flesh it will deal incredibly amounts of pain. The person cut by this blade will have 5 stamina removed from their pool and can not use any jutsu, techniques or abilities that require the use of stamina for the next 2 post.