Mission Info:
Name: Bell around the Monkey
Rank: C-Rank
Participants: All
Type: Group Mission
Reward: 25 EXP, 10 Ryo
Location: Anywhere
Details: Chakra Monkeys have always been a pest around the local populace. While they pose no life-threatening danger, they do disrupt the lives of farmers and travelers. They are small curious monkeys which over time have learned the crude manipulation of chakra. They have been known to steal fruit, overcrowd water sources and throw chakra-enhanced rocks to any that disturb them. The mission is simple: find as many chakra monkeys as you can and tie around their necks a special bell necklace. The bells will violently shake when the monkeys channel chakra to alert any who are near them. Do not kill the monkeys as untainted wildlife are endangered.
Requirements: Each person must make at least two posts, totaling to 800 WC. Tag at least 10 Chakra Monkeys. 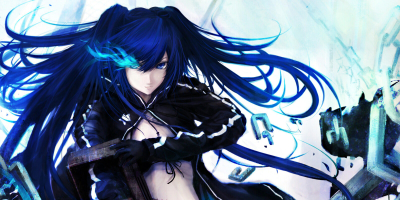 Kokoro yawned loudly as she made her way out of her house, rubbing her eyes a little as she adjusted to the morning sunlight. Its rays were always unforgiving, or at least it seemed that way to her. She hadn't slept well the night before, or rather any night for the past week, laying on her bed and thinking about her new life. She had moved in with her brother at his home, that was apparently shared with many other people as well. It wasn't that she minded having to share a house with strangers, seeing that Sojiro was a stranger to her still and it wasn't really her house. But the big estate made her feel a little more lonely than she would have liked to admit. The girl had expected something different perhaps, had expected to make close bonds with the people who lived there. Instead she found that she lodged there like a roommate, instead of like family. Kokoro hadn't seen her brother for weeks and neither Gen and there seemed to be a mysterious woman that she only saw maybe once in passing.

The world was strange...

She took out one of her canon-sized rice balls and began to eat it as she walked, or rather stuff her face. It was accurate to say that she redefined the notion of walking and eating, inhaling platefuls of food without even batting an eye usually. She wasn't unaccustomed to the stares she got from the villagers, probably a little bit freaked out at how much, how quickly and how not like a lady she ate. So it was no strange feeling for her to feel the sets of eyes looking at her and the frowns of the older generation, all whispering to one another about how she shouldn't be eating and walking at the same time. But to her, food was everything, and when she was hungry, there was no stopping her from satisfying that appetite. It was only a miracle that she remained slim, or rather never got fat. The girl was wearing her usual black trench coat, over top a black dress, her wakizashi sheathed under the belt of her coat. Apparently she was going on a mission today...with who she didn't know. By now she was used to not knowing who her partners were for missions, not bothering to waste her breath to ask the administrations people anymore. She merely accepted the fact that she was either going to be pleasantly or unpleasantly surprised. Kokoro would make her way to the business district of Nikkousato,

This morning Arashi heard the meows of his cat Amy, she walked on top of his face trying to wake him up, which was quite effective. He would wake up and serve her some food, remembering he had a mission inside the village today he decided to take her with him, after all, it wouldn't be a dangerous one and he thought she would like to go out for a while. So he gathered his things, not really because he would need them but because it was a habit by now, put his cloak on and after Amy finished eating he picked her up. "Wanna go on an adventure!" He said with the cutest voice he could muster while booping her nose. "Meow!" Arashi just laughed "Of course you do~" He then put her in the upper part of his gi using the folded section to hold her. going out with her he headed to the business district

Arriving there he would see a relatively familiar face... It was long ago but they had gone on a mission together, he recognized the kunoichi as Kokoro. He actually had a lot of fun in that mission so he was wondering what she had been doing and where she'd been. "Hey there Kokoro." He just casually said hi to her. "How've you've been?" He asked while smiling warmly at her. At that moment, Amy poked her head out. "Meow!" She would loudly make her presence known. Arashi would scratch the back of his head while smiling awkwardly. "She's my cat, her name's Amy. knowing this probably wasn't gonna be a dangerous mission... I decided I could bring her... Hope it doesn't bother you..."

Kokoro had just finished polishing off her giant rice ball when she reached the business district. It was like the name suggested, a district filled with salary men, tall buildings and market vendors. It was bustling with activity, her eyes vaguely scanning the area. It looked relatively peaceful, at least from the surface. Many office workers were enjoying their lunch breaks, vendors busy selling goods, and the entire district seemed lively and...normal. It was hard for her to imagine that there would be anything amiss despite what the mission scroll had said. She would still be deep in thought when she heard a voice, a familiar one she hadn't heard in a very long time. Without even shifting her gaze, she recognized that it belonged to Arashi, the man who had been her first mission partner. It seemed like forever since that day and she was quite glad to see him again.

The girl nodded to him and gave him a warm smile, warmer than she would give others. The Inukura was relieved that he was going to be her partner for this mess, since she at least knew that he was someone she could count on. Her facial expressions also softened when she heard the meow of a cat, and then was introduced to him as Arashi's pet. Although not very fond of animals herself, she had to admit that Amy was cute. The girl would lightly ruffle the top of Amy's head, petting it very so gently, and giving him the same smile she had just given his owner. Kokoro couldn't imagine owning a pet herself but was always hapy to see other people's pets. Turning to face the bustling streets before them once more, she would look for signs of any disturbances or disruptions. So far there was none. "Looks like we're going to have to wait for these monkeys...." the girl would whisper more to herself than to her partner, the ten tags she had gotten for the mission inside the pocket of her trench coat.

Arashi was really humbled that Kokoro recognized him so easily and that she liked his kitten, he would smile back at her. After she looked around and whispered, probably half to herself, he gave an answer even though she probably didn't want one. "So it seems... Would you like to look around while we wait, or just sit here?" He would ask her a bit awkwardly, he didn't want to overstep any boundaries, but then again just waiting in silence would be boring... "If anything we can go around and search for them to make this faster..." He awaited her response while petting Amy.