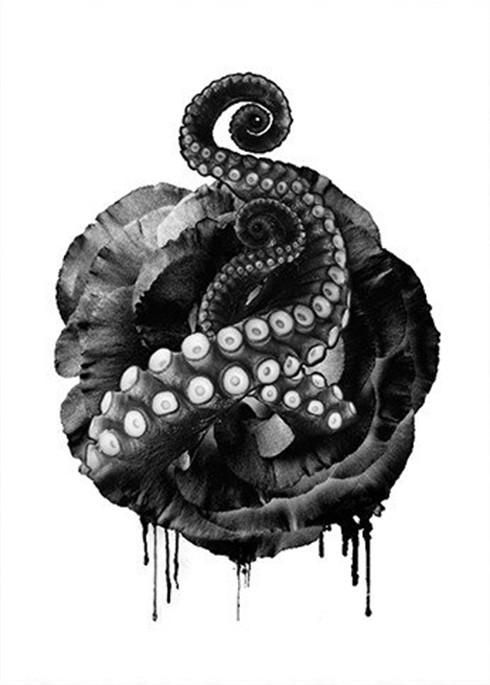 Name: Takoyami Bloodline
Possessors: Gekkousato, Moon Village
Status: Open to Moon Village
Type: Other
Location: Regions 15, 16, 17; Users can be born in any of these three regions
Appearance: Users have pink or red hair and an octopus shaped birthmark somewhere upon their body. The mark can be small or large, detailed or simple, but always looks like an octopus.
History: Users of the Takoyami bloodline are always born orphans. The babies appear mysteriously upon the shoreline or in small boats upon the water to be discovered by people who happen by. The children are raised in various places, sometimes by those who discovered them as infants and sometimes within orphanages. Occasionally, groups or communities raise the child or children together. Nobody knows the truth about where these children with octopus shaped birthmarks actually come from, but myth and suspicions point to the idea of an ancient grandiose beast so called the Octopus King of Darkness. Some say that he was once a summon who was separated unwillingly from his human worshipers or shinobi partners. Myths reveal that the King lies in wait impossibly deep below the ocean's surface and that he occasionally sends out his energy and powers to manifest in children born upon the shore or sea. Further details are unknown but the story is what it is and no proof has ever shown to further support the fable.

Water Survival: Users can locate medium to large bodies of water such as groundwater, lakes or the ocean. This assists them with their specific survival needs, but it can confuse them while traveling great distances if they don't pay attention to true North. Additionally, they can breathe underwater twice as long as a normal human. This is an RP/Plot ability for fun.

It says at the end this is an RP ability, but we do actually have a breath system. So would it increase the amount of post you can hold your breath underwater following the breath system?

Other than that this bloodline is fine.
Kannagi