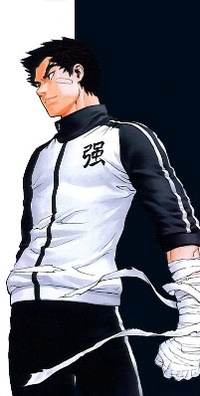 Name: Namsadang
Philosophy: To protect and perfect their arts
Location: Nikkousato
Status: Open
History: The families that would eventually form the clan began as a wandering troupe of itinerant performers prior to the War Against the Heavens, and formally became known as the Namsadang clan following the families settling in Nikkousato. During this time they completed seven distinguished martial arts; Sal-Pan (Life Wish), Buh-na (Spinning Dishes), Poong-Mul (Orchestration Play), Uer-Leum (Rope Trick), Dul-mi (Doll Play), Dut-Bwe-Gi (Mask Play) and Url-Leun (Mirage). Knowledge of Mirage was lost over time and the art was discontinued. Though some in the modern day work to restore it.

The Ggok-Du-Shae or the Topper is the leader of the six factions within the temple and practices all six arts. The Gom-Bang-E-Shae also known as the Kombengi-Soi is the second in command of the clan and is the second strongest Yard Player after the Topper. If the Ggok-Du-Shae dies or renounces their title the Gom-Bang-E-Shae succeeds them to become the new Topper. The only other way for a Yard Player to claim the title of Ggok-Du-Shae is to defeat the current Ggok-Du-Shae in a formal match.
Members:
Ma Gangryong
The author of this message was banned from the forum - See the message
Sojiro Sakura