Tatsuya was prone on the edge of a desert cliff looking through a pair of binoculars. The binoculars were not particularly useful since he only had one eye. Across the sands, there was a cave that they had tracked a caravan of slavers too, hoping it would lead to information on the rash of missing children in Nikkousato. This particular mission had been eating at Tatsuya for a while now. In spite of all the effort he and other shinobi from both villages had put forward, he did not feel like they were any closer to finding any of the children or stopping the perpetrators of these crimes from striking again. Tatsuya stood up and pulled a cigarette out of his pocket. His smooth black hair was tied back in a tail that went down past his shoulders and he wore his usual attire a black suit jacket and dress pants over a white button-up shirt with the first few buttons undone, black leather gloves on his hands, the right one bearing the seal to store his puppet, steel-toed shoes, and a patch over his left eye. He was armed, of course, but preferred to keep such things hidden until they were needed. He turned to his partner and said,

“Why am I even bothering with this? You’ve got the magic eyes, what can you see?”
Hyūga Ami 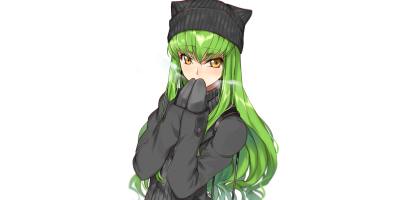 Ami's facial expressions depicted the alarm and surprise that she felt as she was given a scroll by her Gekkousato comrade. She had been on a mission in the Sun village not too long ago and was had thought about returning home when a young man had stopped her in her tracks. At first she had been cautious of the stranger, until he identified himself as a messenger from her village. It seemed that the Sun village had asked for a collaboration in a case that was disturbing its peace. Her mind immediately went to their own case...the grizzly murders and dead bodies that were surfacing like ants these past few weeks. At least there was a hope that these missing children would still be alive, she thought to herself as she took a look at the scroll.

And so she found herself in the deserts of Nikkousato, her eyes taking in the desert plains. The young woman knew that she was going to be partnered with a sun shinobi, which was a nice change of pace since she had wanted to work with someone that was not from her village. Recently she had been going on missions with new shinobi from her village and rarely found herself in the Sun. So it was a great thing, although the heat and humidity of the place still irked her. The young woman scanned the sand until her eyes rested on a figure in front of her. The eye patch...the cigarette butt...it was quite familiar. Ami had definitely seen him before...but where? The Hyuuga would walk closer to him and then like a lightning bolt it would hit her! Tatsuya! That was his name...if her memory served her correctly. She would smile at him and wave. "Tatsuya!"

Tatsuya waved Ami over and handed her the binoculars,

he said, pointing to the ridge where the slavers cave was located. It was the best lead they had in a while and he was hoping that with her Byakugan Ami could give them some good information about their base before they went in.

“If we can find any of the kids we’ll rescue them, if not, we already know this group is a bunch of slavers and we might as well eliminate them, as long as we keep one alive for information. Can you see anything interesting about their base with your special eyes?”

If he came off a little more serious than usual it’s because he was. There were few things that Tatsuya did not tolerate even a little and one of them was fucking with kids. It was eating at him that the village hadn’t been able to put a stop to this and, if he was honest, had let it happen at all. What was the point of having a shinobi army if they couldn’t even protect their own fucking children? He let out a sigh and pulled a cigarette out of his breast pocket.
Hyūga Ami

As Tatsuya motioned for her to join him, she would, noticing that he was holding some binoculars. She wondered what he was staring at. She hears what he said and nodded her head, activating her Byakugan silently. With the help of her kekkei gekkai, she was able to see farther and perhaps better than her already perfect vision. Ami took the binoculars from his hand, taking a good look at what he had been looking at only moments before. She would take in what she could, her vision had changed so that she now saw chakra systems instead of actual people. It would help her though, at least she'd be able to spot people who she naturally wouldn't be able to see with the naked eye. After a few moments she would turn to her partner.

"I don't see any signs of children, unless they are hidden underground or something. But judging from the chakra systems I can see, there are five people there total. If we want to take them out, with just the two of us, it should be okay. What do you say?" She would wait patiently for Tatsuya's response, handing the binoculars back to him. She wasn't so much concerned with eliminating people, having done way too many assassination missions for her own good. It was the children that she worried the most for. If they ambushed the place and found no hostages, their lead would break. Unless they kept one of those five people alive...she would follow Tatsuya's lead though, seeing as this was a Sun village mission and she felt she'd be overstepping her boundaries if she made any rash decisions.

Damn, he thought, maybe they didn’t have any of the kids here after all, or maybe they were just farther in than Ami could see from this distance, hopefully, it was the latter. “No problem. Let’s just be quick and leave one alive. If they know they’re under attack they might start killing any hostages they have.” Tatsuya would wait a little longer for the slavers to go inside and then said to Ami,

“Alright, let’s go.” He used chakra to quickly hop down the side of the bluff they had been scouting from and made his way across the dunes to the cave they had spotted the slavers go into. It took only a few minutes to cross the sands and get to the entrance. He drew his wakizashi and turned to Ami,

“You can see them through the walls, you go in first, I’ll cover your back.” He planted one explosive note on the outside of the cave entrance. If someone somehow got passed them he could take them out with it, and if no one did he could collapse the cave once they were done to make sure no one else who knew about it ever used it for something like this again.
Hyūga Ami

Ami would follow Tatsuya's lead, her footsteps careful and light as they traveled the small distance from where they had been scouting to the cave. She agreed to take the lead and him backing her up because of her kekkei gekkai. The two of them would move in slowly, her eyes wandering, looking for chakra systems. It was a dark place, which didn't really phase her. The girl would stop suddenly, her hand raised to signify for Tatsuya to stop as well. She closed her eyes, listening. There were muffled voices, perhaps behind one of the walls. They were met with a divide, left or right, each taking them to different parts of the cave. Even though she could see a great distance with her Byakugan, she wouldn't be able to see all of what either side would give them.

So they had to make a choice.

The girl would take a moment to think. The muffled voices were distant, some coming from the right, she knew. If they could take down whoever or whatever, they would probably still have time to look into the left side of the cave. And if they were lucky, they may find the missing children before having to look through the entire cave. Ami was all for not having to do too much work. "What do you say, left or right?" Her voice was a whisper, not wanting to raise unnecessary attention to the presence as she still kept an eye out for any chakra movement.

Tatsuya stopped at Ami’s signal and waited, listening. He concurred with her observation, he was definitely hearing sounds coming from down the right-hand corridor.

“Let’s take the right..” Tatsuya would take the lead this time, creeping down the length of the tunnel until the sounds and the voices grew louder and they were just around the bend from the room they came from. Tatsuya produced a small paper flash bomb from somewhere on his person and palmed it before whispering,

“Wait for the bomb to go off then run in, leave a prisoner to me.” Tatsuya whipped the small paper sphere around the corner and there was a small sound of confusion from the men inside and then a much larger sound of alarm and pain as the bomb went off and blinded them, the flash wouldn’t blind Tatsuya and Ami from around the corner but they could still tell when it went off. Tatsuya did not wait for Ami, as soon as the bomb went off he drew his wakizashi and sprinted around the corner at full speed. Tatsuya immediately counted four of the five men they had counted in this room. That was dangerous. If the remaining one was somewhere else he might start to kill prisoners if he was alerted. They’d have to do this fast.

A few of the men had managed to draw weapons that they had on their person but they were swinging blind and were more of a danger to themselves than the trained shinobi. Tatsuya ran to the first, bobbed low under a wild swing of a dagger, and gave a short sharp kick to the side of the man’s knee. It buckled with a sickening crack and he went down hard. Prisoner captured. Tatsuya side-stepped the blind swing of an ax and drove his wakizashi up through the bottom of the second man’s jaw into his head and the man collapsed with a wet gurgling sound and soon stopped moving entirely. Tatsuya seemed unmoved by the affair but was in fact barely containing his rage. He wanted to kill these men slowly, with his bare hands, but there was no time for that. He didn’t want to be too late again.
Current date/time is Fri Feb 26, 2021 3:03 am