D-Rank Mission:
Name: Catch the Animal
Rank:  D-Rank
Participants: Moon Village, Sun Village, Missing Ninja
Type: Group Mission
Reward: 15 EXP, 5 Ryo
Location: Within a village or its region
Details: A wild animal has been roaming around one of the local villages. Citizens have claimed that it is causing mayhem, tearing up crops and supplies, destroying store fronts, and scaring children away. You have been tasked with catching this animal and returning it to the wild. While force may not be needed, the animal is rumored to be dangerous.
Requirements: Each person must post a 400 word post

For a change of pace, Letony would now be on a rather simple D-Rank mission. This would be the first out of his entire shinobi career. He just thought it miniscule to complete tasks without much real thought or relevance to his goals. But it did indeed fulfill his goal to a certain extent. Nonetheless, he would take to the streets of Nikkousato, off to meet up with his partner, which was also strange to have on a D-Rank mission. His partners always seemed to be unknown to him at first, but he continued to learn and associate with many who called Nikkousato and Gekkousato home. It was good to know who was around him at least, or who might be useful in his endeavors. Maybe he would make some real friends along the way as well, something he had the capacity for, but his expressing of only negative emotions making it difficult to share any graceful memories with the people he met. This was likely to change as time progressed, as he was still young, and malleable personality wise. At the ripe age of fifteen, there was still much in the world that could influence his personality such as the new individuals he continued to meet.

Letony would be awaiting in Nikkousato’s Strip location for his partner’s arrival. He was uncloaked, and stood out from the crowds, being in his all white Konowari flak with the symbol vibrantly displayed. His silver hair appeared brighter due to the rays of sunlight that illuminated his physique. He would be at the direct center of the Strip’s path, shying away from all the raucous gambling halls, and lines of crowds awaiting to be served or gamble. Although, people still meandered around him to his annoyance. He would be searching the crowd until he could spot his teammate. He turned in multiple directions as though seeking someone out, but not too obviously. He would momentarily stop to remove the mission scroll from his pocket. He unraveled it and took a glance.

They were tasked with capturing a wild animal that was running amuck in the Strip; attacking random civilians, disturbing lines, and making a general mess of the area. The animal in question appeared to be some large boar with sizeable tusks. It was running a rampage over several small business carts, and shops littered throughout the Strip, spilling food all over the ground in a glorious mess. The boar in question was just at the other end of the Strip, but Letony waited to meet his teammate before he engaged the creature, although he could likely tame it himself. That was when the crowd suddenly shifted in a rushed panic from one direction of the Strip. “This is getting bad. I wonder where my partner is?” Letony spoke to himself briefly 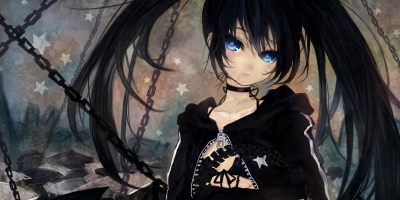 ~~~~~~~~~~~~~~~~~~~~~~~~~~~~~~~~~~~~~~~~~~~~~~~~~~~
Nikkousato's Strip was a not a familiar place for Kokoro. She had never been here, and had been told by her step father many times to shy away from. She knew only its reputation, and the reputation itself was enough to turn her away. But the girl had taken on a mission that day, and the location was none other than this filthy place, filled with thirsty gamblers that willed gambling halls to suck their money dry, like vampires craving blood. It was a disgusting addiction to the young Inukura, although she knew that if people only knew her addiction to alcohol, they would probably say the same thing about her. She was wearing a black dress with matching leather high heeled boots, her wakizashi in her hand. From what she had been told, she would be going on a relatively simple mission with a partner, the objective being killing a boar. That sounded simple enough. in fact, it seemed rather strange that she would have to even go on the mission with someone else. A boar wasn't hard to tame, and definitely wasn't hard to kill.

She wondered who her teammate was going to be, having very little interaction with other Sun shinobi with the exception of her half brother Sojiro and her brother not related by blood, Genkumaru. Everyone else just seemed like a daze. She had one friend though, Arashi, who she had gone on a couple of missions with. But he seemed always busy so there was no chance for them to meet or socialize. Then again, it was probably better that way, since socializing was not her strong point at all. The girl's blue eyes would scan the crowd, looking for her partner. Though she knew nothing about who she was working with, she would pretend she did, sooner or later being able to find him or her in the process. Kokoro would weave in and out of the crowd, a look of absolute disgust on her face. She caught sight of his jacket first, an interesting symbol she had never seen before was etched to the jacket of a man in the distance. He seemed to stand out oddly, his look of disinterest at the crowd around him mirrored hers. He looked so out of place that she knew almost immediately that he was probably the man she was looking for.

But before the girl could go up to him and ask him if he was her partner, there would be screams off in the distance. The boar had started to attack civilians, she thought to herself, immediately running in its direction. If the man was truly her partner he would follow her, without even caring whether they were a team or not. Her eyes narrowed as she got near the boar, the creature lashing out and random passerby. Although she sometimes sympathized and even empathized with animals, she would not stand for a creature who dared harm humans, her animal instincts strong as she gritted her teeth. Recently she had begun to show more signs of her clan's personality traits, something she could blame nobody but Sojiro for. Kokoro wouldn't even look back to see if the man she had seen had chosen to come this way, her eyes locked on the boar that was kicking and lashing out at people. What a disgrace of an animal...she thought to herself angrily, her hand gripping the hilt of her sword while she ran.