Mission info:
Name: Scale the Viper
Rank: A-Rank
Participants: Anyone
Type: Group Mission
Reward: 65 EXP, 40 Ryo
Location: Regions 7,8,11,12,13
Details: You have been sent to deal with a rather aggressive and violent Spire Viper. These creatures are known for attacking small towns, buildings or travelers. While easy to spot, they are incredibly hard to fight, leading most people to avoid them. However this specific individual has been creating too many problems, and it is your mission to remove the beast.
Requirements: Each person must make at least six posts, totaling to 2400 WC.

It had been a while now since they had started living at the Shukaisho and had truly made the vacant space a home. It was a good thing, maybe not what he thought it would be as far as living with others that chose to live there instead of being forced too, like at the orphanage, but it was still enjoyable nonetheless. Kannagi, Kokoro, Gen and Sojiro all had their own lives going on and didn't get to see each other much unless they were on mission with each other, which was fine if not the most abundantly tolerable. He hadn't had time for any of his friends either! It was truly turning out to be a hard time all around for Gen and his social life. Yet he had been saved as a new mission order had been given to him from the village to hunt down a large raging beast that had been seen in the silk sand coast lately, some reports suggesting it might be a giant Spire Viper! This would be a truly fun mission to take Kokoro on, ass it would give her some good experience as well as allow him to flex himself, it having been a good moment since he had done anything active.

As he shifted in his bed he breathed deeply for a bit just trying to get wake up and get mentally prepared for doing missions again. His muscle mass had returned to him and looked hoenstly more built and taller then before, at least to himself when staring in the mirror, of course this could just be a side effect of looking emaciated for so long. As he got up from the comfort of his mattress he would sling the blankets to the left and stretch some, keeping himself nimble as Kannagi had suggested ages ago. Folding his blanket over the mattress and making the bed slowly he careened towards his closet, his steps quicker and more forceful then before as he moved like a bounding predator once again. He would put on a fundoshi followed by a white and tan hakama and kimono, with a silver wave patterned haori. Finally putting on his geta he would grab the bag he had been wearing every day now, that carried the massively calorie dense yet tasteless food he had gotten used to consuming by the satchel load.

With that, he would walk downstairs and into the kitchen area to make him and Kokoro a breakfast consisting of fried rice, egg, vegetables, seared duck breast with a mirin and soy sauce chicken stock broth that was lightly drizzled on for flavoring. Serving them both a bowl of it he would place a steam lid on Kokoro's bowl of food as he waited for her to begin eating his. Shouting up the stairs he would speak with his characteristic deep and kind voice, "Kokoro! Breakfast! We have to leave soon so hurry up sleepy head!", smiling at the amount of silliness he let show towards her lately he shook his head as he turned the kettle on to make some jasmine tea for the road, grabbing an insulated canteen to fill up as well as two glasses to enjoy with their breakfast. 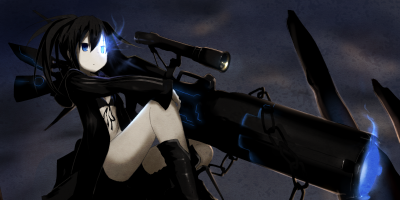 If only the girl had actually been sleeping in her room...

Kokoro had woken up some three hours prior to Gen's breakfast call, her eyes shifting to look at her surroundings, which definitely was anything but her room. She groaned a little, her eyes taking in the damage she had done. She was outside the village gates and had passed out amidst the sand, wine bottle littered around her. She heaved a sigh, her hand on her head as she noticed her headache set in. Another night of drinking and another morning of being hung over. The girl was almost certain that she had an alcohol problem, and could no longer lie to herself otherwise. Getting up slowly, she noticed that her outfit and most likely her hair would have sand stuck to it, a look of disgust evident on her face as she tried to brush off the particles as much as she could with her hands. The only thing she hated more than human contact was probably sand, chiding herself for choosing such a place to get drunk and fall asleep in.

Walking slowly towards the gates so that she could go back home, she suddenly remembered that there was something she had to do today...a mission, if she recalled correctly. Her head throbbed and her vision slightly blurred, she tried to recall what the mission was and who she was partnered with. Gen! The thought of her crimson haired brother-like figure made her smile. She remembered the last time she had seen him, his appearance so frail and weak that it caught her off-guard. The Inukura wondered if he had recovered since then, having not seen him for awhile afterwards. She had admittedly gotten caught up in her own duties and responsibilities that she had neglected to care about one of the most important people in her life and it made her feel bad. So she was quite glad to learn that she would be partnered with him on the mission, smiling to herself. It was always nice to be able to let your guard down in front a person that you trusted, instead of always having to put up a facade, so she was glad that it was Gen this time and not just some random person. Her village really had a way of choosing partners for her, she thought to herself, recalling the missions she had done lately.

Kokoro had slipped back into her house and into her room as quietly as possible, not wanting to disturb the peace of everyone else in the process. She didn't expect anyone to be awake, as most normal people would be fast asleep as she crept into her room. Taking a shower and changing into a dark blue dress, she would start to prepare for the day when she heard Gen's voice. Technically it had been what he was cooking that had caught her nose first, always grateful when someone cooked for her. The girl would rush downstairs, her head still hurting as she walked into the kitchen. Her eyes lit up at the sight of both food and Gen, unsure of which made her happier at this point. Even though she was hung over, food always made her smile. Looking at the redhead, she would give him a genuine smile, noting that he looked much better than what she last saw. "Good morning!" her voice a little too cheery for a half drunk person, she would lift the lid off of her plate of food. "Thank you for making me breakfast." She surprised herself with openly showing appreciation. and would proceed to inhale the food on the plate, loosing all sense of table manners and being lady-like. In between delicious mouthfuls of food, she would look at Gen, thinking about their mission.