Welcome Guest! Your last visit was Wed Dec 31, 1969. You have made 252 posts! Please welcome our newest member, Darkprincess!

Mission Info:
Name: Wild Animal Attack
Rank: B-Rank
Participants: Moon Village, Sun Village, Missing Ninja
Type: Group Mission
Reward: 45 EXP, 20 Ryo
Location: Within a village's region
Details: A dangerous wild animal has been spotted out in the area, terrorizing travelers or local villagers. Your mission is to hunt this animal, and either get it to leave the area or take it down. If it remains in the region it could cause major damage or hurt someone, so it is critical to remove the beast as delicately as possible.
Requirements: Each person must make at least four posts, totaling to 1600 WC. 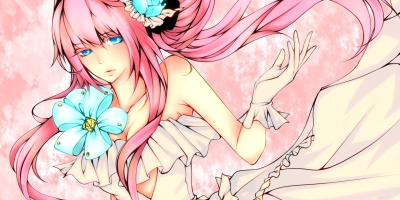 The pink haired shinobi would find herself at heading to the administration building of Gekkousato. Ami had come for a new mission, something easy perhaps. She had been doing many assassination and protection missions in the past few weeks and it admittedly started to wear her down. Her eyes would scan the mission board, her gaze fixated on a wild animal attack. It seemed that there were many wild animal attacks these days, and she hadn't done one in a very long time. She would take the scroll containing the mission and head towards the counter, where the secretary eyed her. They were close friends now, Ami having frequented the building so often that everyone recognized her. "Are you sure you're up for this, Ami?" the woman would peer at her from behind her spectacles. The Hyuuga would nod her head, knowing that the woman was simply concerned for her well-being. She headed to the meeting place, Lake Biwan, where the wild animal had been attacking travelers and tourists.

The young woman was wearing a white dress, hugging her body tightly with matching coloured high-heeled boots. She was carrying one of her katana in her hand, her weapon pouch strapped to her leg. The secretary had told her that her partner was going to be Senkou, a man she had met when she was assigned to destroy a supply house. The kunoichi vaguely remembered that he wore a mask, having seen the face under it briefly when they first met. She also recalled that he was a very methodical, organized, level-headed shinobi who liked to plan things before executing them. Ami truly hoped he wouldn't mind doing things her way this time, given the nature of the mission. Seeing as she had no idea what kind of animal and when they would strike, there was little way that they could prepare for it, or at least so she thought. Perhaps he would think otherwise...

Ami reached the lake in a matter of an hour, a tranquil and beautiful spot. She had been here multiple times, both on leisure and on missions. She really liked this place, enjoyed looking at the calm waters. In fact, she was guilty of sitting by the bank and just staring at it for hours. Half of the time she was heavily intoxicated though, treating this place as her little sanctuary in the middle of the night when she needed to drink herself to sleep. The woman sat down near the bank, her back to the forest of trees that surrounded the area. The weather was nice today, with a cool light breeze that ran through her hair and was refreshing. She closed her eyes for a moment, breathing in the salt scent from the waters and listening to the gentle waves, waiting for her partner. She missed coming here, having been too preoccupied by missions and other personal matters to pay a visit. Ami heaved a sigh and opened her eyes, resting her eyes blankly at the waters.

Wild animal attack around Lake Biwan, unknown type of animal, unknown number. Intelligence services clearly lacked people trained in zoology. Senkou made a note to include a specialty group and some basic training for his theoretical intelligence organization. It was part of the overall treatise on warfare he was writing. He had individual combat pretty much set in stone, but still needed to find some willing test subjects who would agree to fight or spar him so that Senkou could make any last minute adjustments. Currently he was in the process of developing the intelligence gathering part of the treatise. Combat was simply the end product of a long line of information and logistics. Successful and thorough information gathering sets the stage for the appropriate movement of the required levels of violence which leads to a successful resolution of conflict.

White cloaked, white masked, Senkou arrived at Lake Biwan notebook and pen in hand and immediately started taking notes on the surroundings. Time to start making a database. Much like humans, animals have a base set of responses to unknown stimuli corresponding to their perceived stature in familiar surroundings. Wild animal attacks mostly occur because humans intrude into areas that they are seen as threats or prey to the animals who perceive themselves as being the dominant one. This challenge to their dominance requires a response and aggression is one of those base set responses.

Senkou noticed the Hyuuga staring off into the lake itself and made a circular approach to her, taking in anything of notice along the way. Bent and broken grass, a newly fallen branch from a nearby tree, recent disturbances on the lake’s surface. Anything could be of use as he wasn’t sure himself of the exact nature of the animal they were confronting as of yet. Perhaps Ami Hyuuga would know. He still remembered that she kept a part of the answer to his question about the Kaguya from the last mission they were on and perhaps there could be an opportunity to receive another portion of that answer.

His finished approach would have ensured a route that Senkou would be visible to Ami via the corner of her eye. He stood a couple feet away so as to not be perceived as crowding.

Senkou’s voice would come out softly, “We meet again. Do you have any information pertaining to the animal involved in these attacks?”

Senkou wasn’t really one to make small talk, there was always a purpose behind his words and actions.

Ami would continue to stare at the calm waters, her gaze unwavering even as she sensed a presence was nearing. She guessed it would be none other than her partner, Senkou, as not many people would come to the lake these days, fear of whatever was hiding under the waters enough to keep even the most daring tourists away. Not changing or shifting her position at the slightest, she would simply wait for the man to approach her. By now she had learned not to jump at the littlest disturbance and in a way it meant that she had grown. The once fearful shinobi had now become strong enough to stand her own ground, strong enough to cast fear in other people, perhaps.

“We meet again. Do you have any information pertaining to the animal involved in these attacks?” Even before he spoke, the girl had seen him out of the corner of her eye, respecting the fact that he had kept a certain amount of distance between them as he neared. It was not every day that people understood distancing, always stepping into her personal space. Her eye had caught his mask first, the first thing that had caught her eye when they first met. It had become his signature of some kind, his cloak being the piece that finished the puzzle. Ami would be able to recognize the man from anywhere at this point, since it seemed he was not much for a change in wardrobe, a smile adorning her lips as she listened to his question. Always quick and to the point, another thing she noticed and liked about the man.

"I have no idea actually...I've heard nothing." It was the truth, she barely knew anything about the mission, the scroll having only written the location and the threat to being an animal that lived underwater. "I only know it lives under there..." the girl would wave her hand at the waters, still rather upset that anything could and would disrupt the peace of the quiet waters. The pink haired Hyuuga would then turn her attention to fully face the man, standing up at the same time. They were most likely either going to have to wait for the creature to show its face or actively seek it out, whichever proved to be quicker, possibly. "Would you like to plan beforehand?" she would ask more respectfully then anything, taking into account his methodical nature and appreciating it.
WC:913/1600

An aquatic creature, but not a mammal from the phrasing that it lives under there, so a fish of a kind. If it's such a nuisance that the two of them were called in on dealing with it then it must be a rather large creature, the alpha predator of the lake. Well since it was most likely a fish, you figure out what it eats, stuff a really large portion of what it eats with explosive notes and then wait for it to eat the explosive stuffed meat section and then detonate. Pretty simple, since it was big enough to cause such a problem you would most likely need like a good quarter of a cow or like a whole leg, either would do.

Senkou shrugged and replied back, “Stuff a quarter of a cow with explosive notes, leave it in the deep end tied with wire so we know when it takes it and then detonate the explosives. Clean up would take longer than the removal. Assuming that this is a carnivore or an omnivore.”

Senkou was an excellent fisherman, mostly because he didn’t go out fishing with the intention of catching something, but it was simply a by-product of the act of fishing. It was a good place to think out on the water of a river, lake, or ocean. A very calming place when there weren’t any distractions like loud swimmers or boaters. Thankfully if you go out early enough it was pretty much just fellow fisherfolk who would wave or nod in passing, but keeping silent as they too understood the need for it.

“Clean up wise, we could take the chunks and bring it to a cannery to be used for cat and dog food, some of the nicer sections and bones to restaurants for stews, stocks, and other dishes. The blood would require a filter, too much of it would ruin the pH of the water in the lake and kill off some plant life. If you have another idea, I’m all for it.”

He would wait for Ami’s reply as his masked gaze would sweep across the lake again looking for any disturbances that would indicate the passage of a large creature. The surface of the lake definitely belied how deep it actually was. Senkou wondered how many other species could be found underneath its currently calm waters and the information that they could contain.