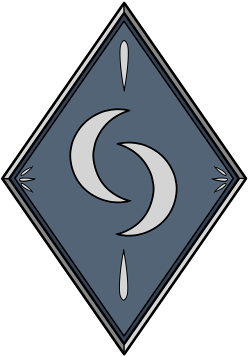 Amid the thick jungles of the Southern Continent lies Lusinya Weyr. Both the envy of and the bane of the North, Lusinya is liberal, rich, and well-established. Sure, their seaside port of Belior might have a bit of a pirate problem, and the new Pass began in the worst possible way: in the middle of a Hatching. But it could be worse, right?

Pirates murdered one Senior Weyrwoman, and an accident took another out of commission, leaving the position vacant once again. Women have been Impressing fighting colors for a long time at Lusinya, but the first brown joined those ranks at the most recent Hatching. Now, disaster hit High Reaches, and Lusinya is stepping in to help, flooding the Weyr with hundreds of conservative riders and weyrfolk alike. Guess it did get worse.


Recent Updates:
~ OOC changes - After a slow past few months for the site due to real world stressors and craziness, things are in full swing again around LW! Some of the original admin team have retired, but others have stepped in so that the fun can continue! If you've been poking around or lurking before, now is the perfect time to come join our particular brand of crazy!
~ Site-Wide Plot - An earthquake struck High Reaches Weyr and Lusinya is housing the injured and those displaced by the disaster. Consider creating a High Reaches rider or character seeking refuge at the liberal, southern Weyr. Tension and drama are sure to unfold as the traditional and progressive collide...
~ An important goldflight will be happening in the next couple OOC months that will determine both our new Senior Weyrwoman and Weyrleader. As such, WE NEED BRONZERIDERS to make things more interesting and CANDIDATES (especially gold candidates!) for the resulting clutch.
Current date/time is Thu Jan 21, 2021 11:40 pm