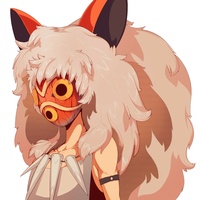 Tanno found herself meditating crosslegged in the dirt at the center of the shinobi grounds. It was just the beginning of afternoon, wispy clouds floated across the bright blue sky and the heat was already starting to skyrocket. Earlier in the day, she had sent out a general notice to the other genin to gather to meet her at the location to discuss the current organizational setup, because as far as she knew there was none and that was unacceptable to her. From an outsider’s perspective her tribes would look like a lesson in chaos, but there was an underlying discipline to it created by centuries of ritual and societal norms. From her outsider’s perspective of Nikkousato it looked liked everyone just kind of did whatever whenever and didn’t really think in a forward progressing manner that encompassed the whole. That was the exact attitude that had led Tanno’s tribes to the brink of extinction and that was the attitude that she needed to change. She figured taking the initiative among her peers in the village would help her discover the best methods to fulfill her purpose.

Grey smoke rings puffed out in regular intervals, reflecting the breathing exercise within Tanno’s meditation. The red band of paint ran uninterrupted across her closed eyes. The feathers in her raven black hair swayed in the light breeze from the west, her red shinobi forehead protector acted as her hair band today, her sleeveless tunic, untucked from her leather pants, revealed her full sleeve of tribal tattoos. Patience. Patience. Patience. They will come or she will find a way on her own. Decisions had to be made. A slight twinge at a corner of her right eye revealed momentary doubt about her course. Too late now.
Cho

Cho sighed as she packed up her tent. She had spent too long at her current location and needed to get moving to meet the other genin. She shoved the tent into her backpack and tried to remember where the hell she meant to meet up with them. She quietly looked around to the butterflies that were around her. She watched them slowly point out the way she needed to go. "Right, shinobi grounds. Shouldn't be too far from here." She shook her butterfly-like outfit. She made sure the dust was off of it. She then attached her quivers to their positions, one attached to her left hip, the other to her backpack. She then grabbed her bow and attached it to her backpack.

She made her way to the shinobi grounds and spotted her first genin. "That must be who I am supposed to meet." She walked over to the genin that was sitting in the center of the grounds. "Hello. I am Cho. Are you one of the genin I am supposed to be meeting with?" She said with a serious look across her face. She had various species of butterfly landing on her and flying near her.
Luci

Arslan walked towards the designated training groinds leisurely. He twirled the summon scroll in his hand. Low organization between the gennin? Arslan would have to agree with that statement, although he wasn't sure how another gennin could change that. Or if they could.
When he arrived at the training grounds and at the spot where the gennin were congregating over he introduced himself.
"I am Arslan."
His impressive height of 1.5m was a particular detail thay stood out.
Elebolt

After reading a notice which talked about the organization of the current genin in the village, Arashi started to make his way there. He had to agree that things were currently Dissorganized to put it in some way, so he would do his best to help. He was actually glad someone else took the initiative to do this since he was too shy to do it himself. He walked at a quickened pace towards the meeting place, mostly because of his anxiety which used to get the best of him when he didn't know who he was gonna meet. He was dressed in his usual attire, a dark-blue hakama, with a cloak on top to keep himself from being sunburnt, he had just brought his sword as far as ninja equipment goes, to him it would feel almost unnatural to go out without it.

As Arashi Arrived he already saw some people waiting at the meeting place, so he proceeded to introduce himself. "Hello... You're the other genin, right? I'm Arashi Tento, nice to meet you all."

Three. Only three genin showed up. Were the others absent from the village or did they view this as beneath them? An undercurrent of frustration started to spread before a puff of her pipe increased her serotonin levels to wipe it away. Cho, Arslan, and Arashi Tento. Tanno got up from her crosslegged position and looked all three of them in the eye which was surprisingly easy as she was almost the tallest person there except for Arashi who had a couple of inches on her.

“Welcome, I’m glad the three of you were able to make it. My name is Tanno, I requested this meeting because there seems to be a lack of real organization among us genin. With just the four of us we can form into pairs and tackle projects from two different angles.”

Tanno took out two scrolls from her jacket and held one in each hand.

“These two scrolls hold a mission in them. One is to scout the border and the other is to fortify an outpost. The idea is that we operate independently on the same goal. One pair goes to the outpost and the other scouts around the outpost fulfilling both missions. Details from either mission will dictate our actions from there.”

Tanno would go on whichever mission the odd one out took of the three picked. Things needed to be done and who knows, with how long these kinds of missions hadn’t been done something more could be out there building up from the lack of attention from the village.
Cho

Cho sighed as she tried to decipher what he was saying. He got her to meet up with them to hand out missions when it wasn't his job to do. Honestly, it made her think whether or not this was worth her time or attention. She shook her head and stretched. "I don't care what mission I go on. Nor do I care who I go on the mission with. Just let me know what the three of you decide." She lifted her hand and let a few butterflies land on them. She began petting the head of one of them softly. She looked over the others, trying to decipher what their abilities were. She thought about the two missions a bit and realized that she kind of already scouted the border whenever she wasn't doing missions. Her constant moving around kind of helped her with that as she didn't stay anywhere for too long.
Luci

Arslan pocketed the scroll inside his cloak.
"So we would act as a temporary four-man squad. Interesting proposition."
He brought his hand to his chin. "Very well. We should be well acquainted with other gennin and be able to work with them efficiently. This will provide good opportunity for it."
He walked next to Tanno and craned his head to look ay her. "I will pair up with you then for this first mission. If we agree to this, then I also suggest that we rotate teammates every 2 missions. Two reasons for this. It helps build teamwork with each member. We learn who works best with who."
He looked at the guy who hadn't spoken yet and arched his brow.
Elebolt

Arashi listened to the exchange between the other genin, nodding a pair of times. When the others finished talking and one of them looked at him, he spoke. "Alright, I think it's a good idea." He then looked at the girl who was gently petting a butterfly "It seems like we will be in the next mission together." He smiled.


"So... which mission was left for us?" Arashi asked Tanno, since he didn't see which scroll was taken by Arslan

(OOC: Essentially I'm trying to create a series of connected missions that function as part of a overarching storyline using the details within the missions themselves. So like we discover something like a pirate hideout or some gangsters nearby or really whatever that turns into another mission and another part of the story. This way the missions aren't just one and done, but tell a story when read together.)

Arslan took the scout mission and she simply nodded at his suggestion to rotate the two man teams.

"Cho and Arashi, you two have the fortification mission. The outpost is located out on the coast to the north of the port. Arslan and I will cover your work from any intrusion by local hostiles while acting as a cartography team to update the maps. We'll keep in touch using these."

Tanno handed the three genin a radio-headset combo to each of them and put on one for herself.

"They are calibrated to a channel specifically for the four of us. Keep each other updated during the mission, Arslan and I might need some backup if we run to something we can't handle by ourselves. Check with the people at the outpost about the comings and goings or really any sort of news. The mission isn't just about providing support but gaining a more clear and update understanding of the situation on the ground. We'll meet on the road to Sand Port when the missions are completed."

A four man team can cover a lot of ground and Tanno had plenty of ideas for things that needed to be done. She hoped the other genin were also up for this more ambitious approach.

Tanno began walking toward the gates of the village and on to the road that would take her and her fellow genin to the mission zone.
Current date/time is Thu May 06, 2021 12:14 am