Welcome Guest! Your last visit was Wed Dec 31, 1969. You have made 252 posts! Please welcome our newest member, okami!

Tenderness of the Heart [ JCink Prem ]

Tenderness of the Heart [ JCink Prem ] 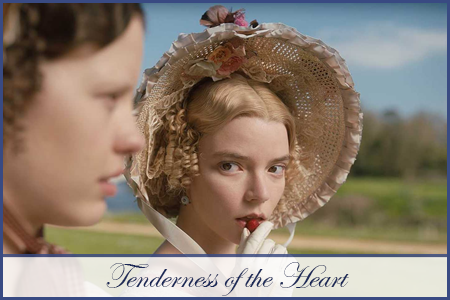 Tenderness of the Heart
A Regency Era Forum - Established in 2017

The winter is over, bringing the return of Spring to London and with it, the 1813 Season. Flowers are in bloom and on display, especially the lovely blossoms of High Society.

All is not well in Great Britain, however. War dominates the minds of many, whether the ongoing battles against Napoleon on the European continent or the resumption of hostilities with the former Colonies. Parliament faces a new government formed under Lord Robert Jenkinson, the Earl of Liverpool, and headed by the notorious Prince Regent.

Nevertheless, there are debuts to make, social functions to attend, and marriages to seek. Who will rise above as a diamond of the first water? Who will cause a scandal and find their name whispered behind fans? Who is seeking a wife? A husband? A title? A fortune? Will one marry for love, for fortune, for position?

The social whirl that is the Season has begun, bringing renewed life back to London as townhouses are once more opened, various businesses are swamped with orders, and traffic clogs the city's streets. Servants and masters, merchants and tradesmen, artists and beggars, no one's immune from the Season's effect on the bustling metropolis or the ambitions it sparks in the hearts and minds of all.

The Season can make dreams come to life or it can turn into a nightmare for those willing to take their chances. Fortune favours the bold, after all... and nothing ventured is nothing gained.

There is nothing Society likes better than a daring heart and a spirit unafraid of risk. Will you be the one to chance it all, rising to the top? Or will you tumble down amidst scandal? The Season awaits...

"There is no charm equal to tenderness of heart."
- Jane Austen, Emma

Join us on our Discord server!