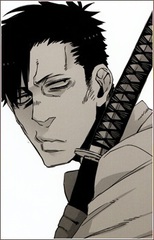 
While most places are pretty typical in regards to how fighting works, mostly in unwritten rules of battle etiquette that are either ignored or forgotten these days. So to remedy this consistent issue, we will be establishing our own "code of combat ethics" to ensure all role-play within the confines of the rules. Keep in mind this guide will be updated frequently, depending mostly on how many loopholes we discover as the site grows.


The idea is to make combat fruitful, but challenging. This concept being used isn't all that new, especially if one is familiar with role-play from a decade ago or more ago. Where less emphasis was on how beefed up your character is and more on how well can you cleverly put together ways to win; especially in response to tremendous opposition. Not to say those who like to be fast or crazily powerful wont be able to do it, but one will still have to put thought into what they do; instead of using attributes only as a means confirm victory.


✵1. At the start of a combat thread, no participants can make any offensive attack, in any form, upon initial entrance into a thread.  This means if it is not in a supportive or defensive capacity to just your character (possibly allies depending on the details), you can not attack or be attack on the entrance post. All participants are allowed to enter un-harassed so that all participants have a fairly equal starting point.

✵2. There are no attacks allowed that cannot be reacted to. As a rule, regardless of speed or description, all attacks can be reacted to within reason. One still must explain how they were able to react to an attack or risk said reason not being considered a valid dodge.  However, no attack will ever be so fast or so discrete that the victim doesn't get a chance to respond. Even if its at the last minute, they get a chance to respond the moment a combative attack is upon them.

✵3. The concept of filling in missed details at the post creators discretion is not fair play here. This leads to vague manipulation more often than not. (Vague manipulation being the twisting of ones wording to better benefit the manipulator's situation). If a post is unclear, inquire about it with the post creator and allow them to clarify; they more often than not didn't mean to put themselves in the situation. Or they simply assumed their post was clear, they WILL be given a chance to clarify or edit any discrepancies. We are all here to have a good time. Play nice or not at all.

✵4. The term Meta-gaming may get tossed around a lot. And while its not the biggest issue one has to deal with, it glares its head from time to time. Meta-gaming essentially is possessing knowledge that your character had no way of possibly knowing. A good example is if your character's father is killed in-character by a some random criminal with no witnesses or evidence to the crime pointing the criminal's way. If then said criminal were to be sitting right next to you in-character, you'd never know it was your father's killer. You'd have no reason to treat this person any differently than you'd treat your typical stranger. Claiming to know this or acting as if you do as a result of out-of-character knowledge is what meta-gaming is. If you have no true legitimate proof that you would know (like if the criminal made the mistake of wearing a stolen ring of your father, as an example) then any inclination that you do can result in your post being voided or immediate edits will be requested to be made.

✵5. God-modding is a bit more closely related to vague manipulation. When someone vague manipulates details they are essential adding in some details that may have been overlooked or not elaborated on, then using the lack of info to essentially create an assumption of the events. God-modding involves adding on these details to such an extent that your basically controlling the another members character (how they react and what they intended to do in their post). Which is not allowed and will get your post voided.

✵6. While this isn't a form of combat per say, having out of character (ooc) posts in a in character thread is prohibited. If there is a dispute it is suggested you discuss this through private messaging. If an accord can not be met, you post a dispute thread in the Dispute Area, located in the Request Board. In-character (IC) threads that have any out of character arguing in it will result in the entire thread being voided. (Exploiters of this rule attempting to avoid losing fights or to cheat their opponent out of a win, like intentionally making ooc posts despite being warned because they know it will be voided, will be banned for an two hours per ooc post in the thread. And victory will be given to the opponent anyway.)

✵7. Usage of Substitution/Evasion Spells surprisingly needs a rule as well for the sake of combat, but it is really simple to explain. If one has intentions of substitution spells, they would have to have shown notice of whatever they desire to substitute with in the previous post. This is rather easy to do when one is entering a thread and describing the details of their entrance from what they may be thinking to what they may see. For Example, if someone takes notice of a box or broken lumber in their first post. Then a fight breaks out and by the 5th post they need to evade an attack, they could logically use the box or broken lumber to substitute with it. If they did not, however, and did not at any point leading to the need to evade with substitution then they essentially are stating they never noticed there was a box or lumber in the first place; thus they have nothing to substitute with and must either take the damage or find another means to save themselves. This is why it is always important to be detailed in your post about what a character sees, because you never know when you will need to be familiar with it in a pinch. (Some spells may be an exception but those will be judged on their usage in the Spell Creation section)

✵8. Usage of Teleportation/High Speed Movement Spells cannot be used as an offensive weapon (like using it as a battering ram to slam at high-speeds into an enemy). In addition to this, one cannot attack immediately after using any Spells of this kind. Setting up for an attack is fine, but after using these types of spells you can perform only defensive or supplementary spells. So use this spells of these nature wisely and be aware of their limitation. Also, these are limited to one use per post.

✵9. Always post relevant information about your character in a thread (in spoilers). This includes traits that offer perks to racial perks. This includes spells that are being used. This is the only way the perks will be considered valid in a combat thread and this also cuts down on confusion on exactly what your perks do. This not negotiable.
Current date/time is Thu Apr 15, 2021 2:07 pm